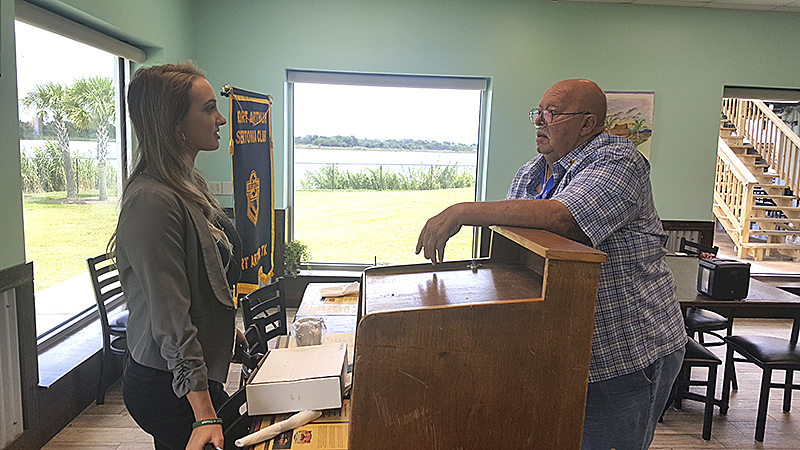 PORT NECHES — Every day after school some girls plop down on a couch in Kaylee Dickens’ office and chatter away, real teenage stuff, boys and school and music.

There’s an 11-year-old who carries around her baby doll and there are some who hang out in an adjacent room, music thumping, laughter mixed in between the beats, as they move to the game Just Dance.

It may sound like an average house full of girls, and it is, except this house is Girls’ Haven.

They are goofy, funny and passionate, and Girls’ Haven gives them the life they don’t have, Dickens said.

Most of the girls end up at Girls’ Haven by the foster care system or juvenile justice system, and most stay until adulthood because older children are less likely to be adopted.

The youngest there is 11; she’s been there since she was 8 and is one of three siblings. Some of the girls are from the area; some from Houston and one is from Africa who stayed in Houston for a while before coming this way. And while these are still regular girls, they have been through tough times.

“Basically abuse, neglect, homelessness, severe dysfunction,” she said. “There is on-site licensed professional counseling as well as weekly individual and group therapy there.

‘This is a long-term facility. We have one sibling group that has been here for four years, another for three years, some for a few months. Once you come to us you’ll probably stay until you’re 18.”

The program for the older girls allows them a free furnished apartment on the site to stay at while working or going to college, which is free since they are in the Child Protective Services system.

How you can help

Deadline for entry is Oct. 11.

Girls’ Haven sponsors several other fundraising events throughout the year that can be found at girlshaveninc.org

Sertoma member Charles Louwerse is on the CPS board and took time to speak with Dickens after the recent meeting, saying this cause — helping abused youth — is near to his heart.

He wanted to make sure Dickens and Girls’ Haven knew of a CPS Christmas party held later in the year — wanting to make sure these children were not forgotten.