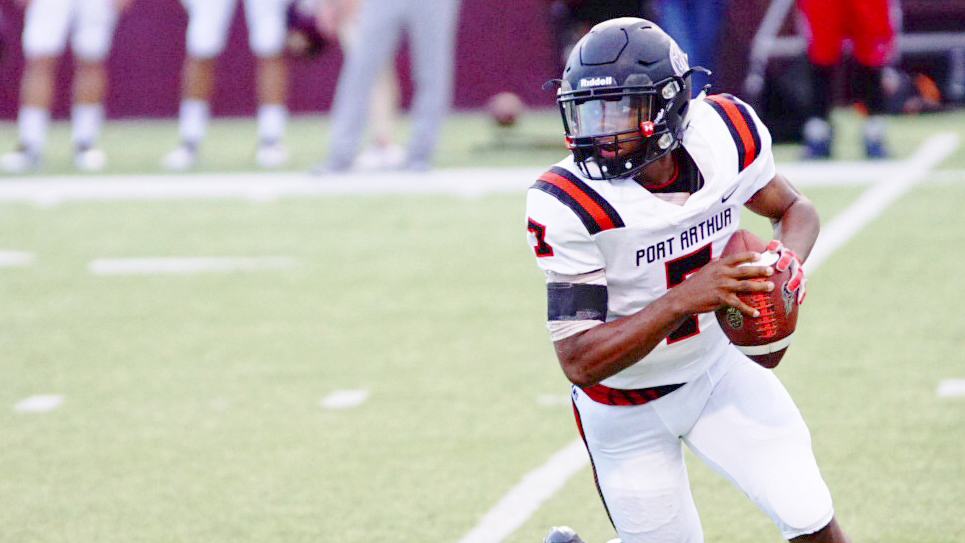 The Port Arthur name is sewn on the new jerseys of the Memorial Titans.

It’s also a banner for the renewal of a rivalry between Jefferson County’s principal cities.

“I don’t know if it’s so much Port Arthur-Beaumont as it is, it’s the only local team we play,” second-year Memorial head coach Brian Morgan said. “For that, you get a great atmosphere and fan support on both sides. Everybody who works together at the refineries can talk a little trash all week together. But, it’s just the only team around here that’s on our schedule, so it’s special to play somebody local and especially when it’s a dang good team.”

Morgan has a 1-0 record against Beaumont United in the latest PA-Beaumont series. Not that long ago, each city’s school district had three high schools, Morgan having graduated from Port Arthur’s Thomas Jefferson High in 2001. 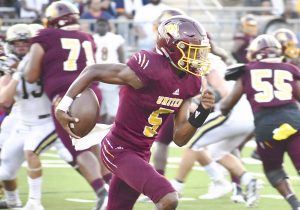 “It’s very limited, and not having Port Neches [Groves] or Nederland on our schedule, it’s very little local rivalries,” Morgan said. “It’s good for us.”

Memorial has won seven straight against Beaumont schools (Central and West Brook in 2015, Central and Ozen in 2016 and 2017 and United last year) and is seeking the eighth against Central’s and Ozen’s successor. Memorial won a 10-3 defensive battle last September in Beaumont.

What a way for the Titans (1-1) to open their home slate. In addition, the team is calling for a “black out” tonight at Memorial Stadium, asking fans to wear all black to the game.

“I’m really ready for this week, really,” senior running back Kason Williams said. “I’m not even going to say too much on this one. I’m just ready.”

This game week started with a happy mood in the Titans’ fieldhouse following their shutout win over Houston Madison. With junior Tyrence Augusta at wide receiver, sophomore quarterback Jah’mar Sanders, junior running back Branden Chaney and Williams, the offense is continuing to click just in time to face a 2-0 United team.

United’s defense has held Houston St. Pius X and Nederland to a combined 16 points this season, while the offense has scored 89 through two games. The defense even scored against Nederland in the form of Chandler Rivers’ momentum-killing 52-yard interception return late in the first half last Thursday.

Six-foot-4 inch United quarterback senior Zemiah Vaughn can attack the perimeter on the run and operates a steady passing game as well.

All Morgan had to do this week was take his pick as to where to begin game-planning against the Timberwolves.

They’re also not the same Timberwolves who went 2-8 last year.

“I think coach Louis has them playing with a lot of confidence and playing well,” Morgan said. “They were really good to watch last week. I am very impressed with how they look, right now.”