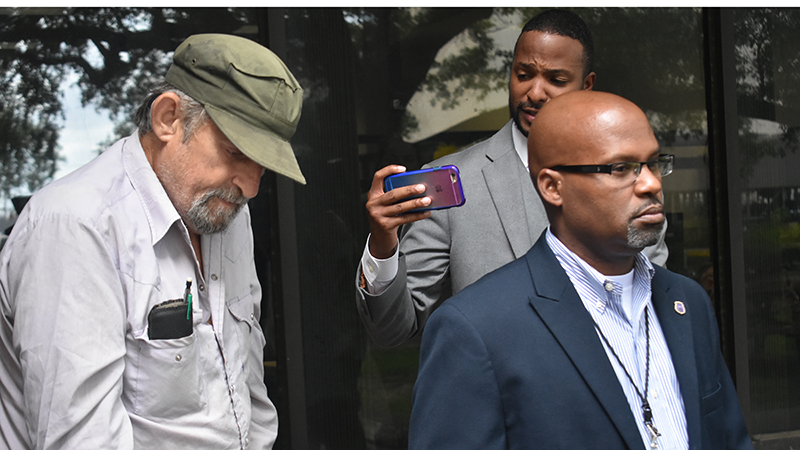 The Jefferson County District Attorney’s office is still pursuing a murder charge against Daniel Andrew MacGinnis, though he was sentenced to life in prison and 99 years on two unrelated cases.

The charges were enhanced due to his lengthy criminal history.

Her body was found the next day in the Neches River in Port Arthur; the cause of death was drowning, and she had sustained trauma to her head and face.

The autopsy listed her manner of death as “probable homicide.”

MacGinnis was arrested and charged with the cold case murder of Jacobs. Bond was set at $1 million.

The Texas Rangers with help from the Jasper County Sheriff’s Office are taking a second look at a 2004 case originally ruled suicide.

A woman who made a statement to law enforcement after the death of Nelda Widener in her Jasper County home called the sheriff’s office when she heard about MacGinnis’ arrest in the Port Arthur murder. The evidence including photos and the gun used were still locked away and were turned over to the Texas Rangers, Jasper County Sheriff’s Lt. John Cooper said.

MacGinnis had a connection to the deceased Widener, and was either a boyfriend or had done some work at her house, he said.

A timeline for this investigation was not available.