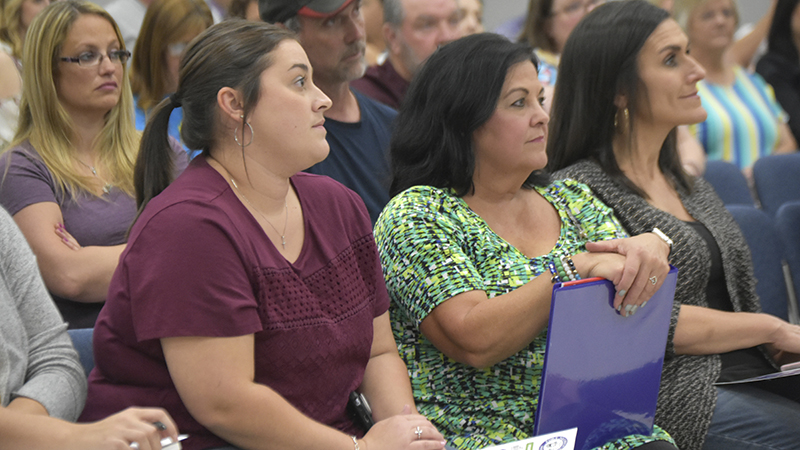 GROVES — Late next month early voters in Port Neches-Groves Independent School District will have a chance to approve, or not, a $130 million bond election to build new elementary schools.

And while the elementary schools are spread out over several locations, with voter approval four new schools will be constructed.

Superintendent Mike Gonzales notes information from the district’s maintenance director who, along with his team, is working hard to keep the aging facilities in operational order.

“Since school has started we have had him at Groves Elementary, where we have units pumping air conditioning into that facility because the AC has run out. Those that were there for Meet the Teacher saw that,” Gonzales said. “Not long after that, the next weekend, he was at Van Buren taking the food out of the cafeteria department, taking it over to Groves Middle School because there was a power loss.”

Gonzales is quick to praise maintenance team members for their work with the buildings that are on average 64 years old.

And the bills keep coming. Since March: $11,000 at West Groves School, a little over $50,000 at Groves Elementary, 11,000 at Port Neches Elementary and Taft School came in at $200,000. A slight gasp went though the audience at a recent informational bond committee meeting when the Taft numbers were mentioned.

Community members spoke up; Suzanna Williamson of Groves worries about drainage issues, especially after Hurricane Harvey flooded a portion of Groves along with other cities.

She used an example of some property in Groves where a local engineering firm said a higher standard of drainage is needed based on rainfall analysis.

Gary Whittle, project management director with CBRE/Heery, said the civil engineers on the project would look to the future when planning.

Don Sodman, also of Groves, asked about the demographic study and if thought had been given to a growing population.

A 2015 Demographic Survey allowed for a little more growth in Groves. Assistant Superintendent Julie Gauthier has some of those numbers handy.

The 10-year student enrollment projection for the bond buffers in for overcrowding and accommodates for a 25 percent increase over current enrollment.