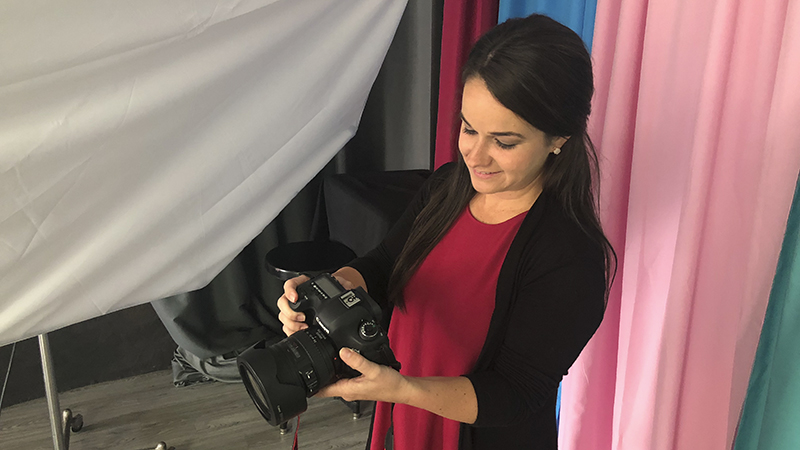 With a fresh coat of paint and some new backdrops, Leo Weeks Photography is marking it’s grand reopening today, though patrons might recognize the new owners as part of the business’s long history.

The studio, a Port Neches fixture since 1968, was bought by Morgan and Austin Miller at the beginning of April, and the couple are hoping to become the go-to photographers for the Greater Port Arthur area once again, just as Leo and Mary Weeks were.

For Morgan, the business is her professional home. 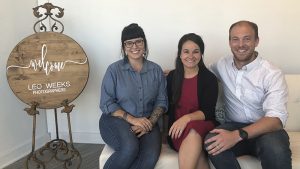 “This is where I started. I always had thoughts in my brain that I wanted to do this, it just didn’t make sense at the time for me,” Morgan said. “My undergrad at Lamar was for business because of working here.”

“I didn’t know anything when I started here,” Morgan said. “I started with just little things, sweeping the floors, grunt work. Eventually I was doing all of the sports — I was doing more sports than any one; that’s my favorite, the action stuff.”

Austin said that is how he knew of Morgan before they met.

“I always referred to her as the ‘Cute Leo Weeks Girl’ because my siblings were in high school at that time and she was the photographer on the sidelines at all the games,” Austin said. 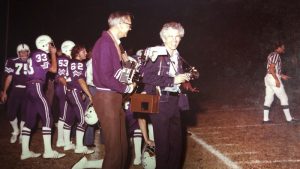 Leo Weeks and Frank Cricchio stand on the sidelines of a Port Nechs-Groves football game.

Morgan added, “And that’s where you can find me every Friday night, home and away games.”

Like Weeks, Morgan and Austin Miller continue to photograph local sports events, headshots and team photos, all made available to the public for purchase.

The sports photography has become something of a tradition for the studio.

“Back before, when it was still film, [Leo Weeks photographers] used to come Saturday mornings and print all the pictures that they took on Friday night, and people would gather at the front of the building just waiting to flip through the pictures,” Morgan said. “They printed one of every picture. That was it. They didn’t reprint any, so people would line up looking for the ones that they wanted.

“[Weeks] was the go-to photographer in the area for a lot of sports. He was one of the staples on the sidelines during Friday night games.” 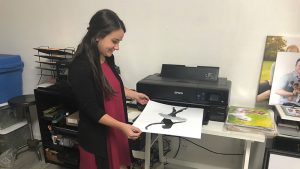 Morgan Miller makes a print of one of their studio’s photos at Leo Weeks Photography on Tuesday. (Brad Robichaux/The News)

Austin, an engineer at BASF and pursuing a Master of Business Administration degree at Lamar, looks at the big picture for the new business.

“I guess I function more as an owner/manager, trying to work on where we’re going, what are the things we’re going after,” Austin said. “I’m starting to gain more experience and shoot some on the side. I do more of the business headshots and things like that.”

Besides sports, Leo Weeks also photographs for senior portraits, families, children, mini sessions, real estate and business headshots. School photos are some of their biggest divers of business, but Austin wants to expand.

“We’re really just trying to see how else we can serve the community, whether it’s business events or advertising or products or if its real estate, whatever those things are, we’re trying to get back out into the community and be the go-to photographers for the area,” Austin said.

Laura LeBove, who works for Morgan and Austin, said she thinks the community is excited about the new owners and new types of photography. 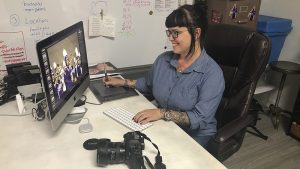 And freshness in look and style is what Morgan and Austin are striving for.

“We’re going with clean and crisp and bright,” Morgan said.