STEPHEN HEMELT: The latest Greater Port Arthur Magazine is ready for YOU 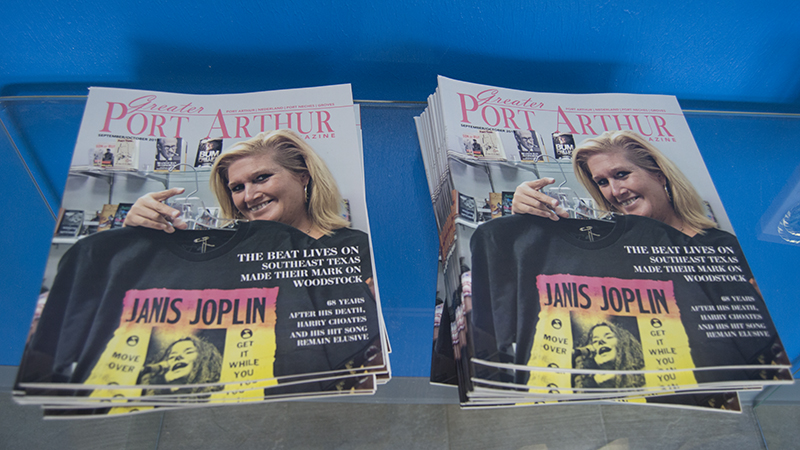 Pick up the September/October edition for Greater Port Arthur Magazine at The Port Arthur News office.

“Greater Port Arthur Magazine” has developed a well-deserved reputation for highlighting our community’s vast artistic and culinary culture — past and present.

However, our latest edition, dated September/October 2019, also highlights what sets our community apart from just about everywhere else, and that is our people.

One of my favorite features in the magazine is the “Why I Love Port Arthur,” spotlight, which traditionally runs as the issue’s editorial closer.

Warren Field is the feature this month, and his story was of particular interest to our former editor, Ken Stickney.

Ken is a keen observer of human action and genuine motivation.

I remember when he first told me about Mr. Field, and I thoroughly enjoyed reading his article in the current edition.

My favorite part was how Field, a graduate of Port Arthur schools who spent time in the U.S. Army, stressed he was a “community advocate” and not a “community activist.”

A community activist, Field said, is a person who raises an issue but doesn’t necessarily formulate a solution.

“That’s the key for an advocate,” he said, adding an advocate offers plausible solutions.

Field is a fixture at City Council and other municipal meetings, having served the city of Port Arthur as an appointee on citizen committees and putting his name out for the most American of pursuits — he ran for public office, losing a run-off against District 4 Councilman Harold Doucet.

My favorite personal connection to this edition is the story of Taco Rey Mexican Restaurant, which is going to celebrate 60 years of operation in a few short months.

I had the privilege of interviewing current proprietor Johnny Collazo Jr., as well as half-a-dozen loyal patrons.

Collazo’s aunt and uncle started the business in Port Arthur six decades ago simply because Albert Ramirez was completely infatuated with the cooking of his wife, Cora.

It began as a drive-through stand in Port Arthur, grew to an established dining spot for our community’s hungry workers and thrived throughout a move to Nederland in the 1980s.

Collazo recently took over ownership, realizing the opportunity he has to grow something that is so special to his family while one day, possibly, setting up the time to pass it on to a loved one of his own.

“Hearing the stories is what makes it gratifying,” he said. “It makes me know I am in the right place. People tell me thanks all the time for carrying it on and not changing anything. That lets me know I am doing the right thing. I did not know the plan God had for me, but I am doing what he had planned for me. It’s definitely humbling, definitely rewarding.”

So, please, stop by The Port Arthur News office on Memorial Boulevard to receive a complimentary copy, which includes 52 pages of local stories and dozens of colorful pictures.

This lifestyle extravaganza includes in-depth features on the life of Cajun musician Harry Choates and our community’s many contributions to Woodstock.

The culinary section includes tips to serve the best Cowboy Caviar from your home kitchen.

There is also “Greater Port Arthur Scene” with seven pages of community photos from across our region.

This is YOUR magazine, so let’s enjoy our story, together. It gets better every edition.