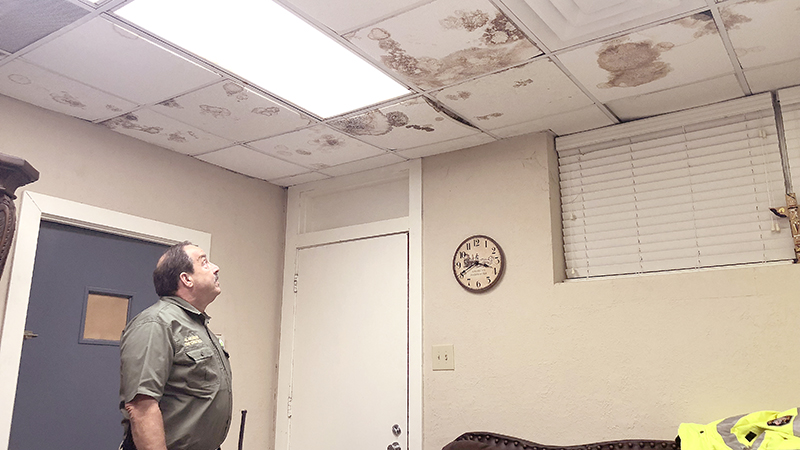 Groves Fire Chief Dale Jackson looks at mold growing on the ceiling in his office due to roof leaks. (Brad Robichaux/The News)

GROVES — Space is getting tight at the 63-year-old Groves Fire Station, and Fire Chief Dale Jackson says it’s time for a new one.

The city is working on a plan to fund the construction of a new station, with an eye towards a property on West Washington Boulevard, across Doyle Street from the police station.

Jackson hopes the lot is big enough for the department’s needs. Regardless, the current station is so old it may eventually be no longer able to handle trucks and equipment built to modern standards and codes. 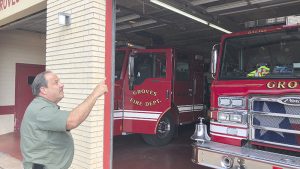 “We’re crunched; it’s tight in there for the bunk areas,” Jackson said. “We’ve remodeled the best we can to accommodate our growth, but we’ve just run out of room. And it’s a battle to keep the building functioning with all the problems we’ve had.

“I’d be wiling to bet we’ve got the oldest station in the area, no doubt.”

While the station remains sturdy after standing for so long, the facilities have begun to show their age.

Jackson said the roof leaks all over the station, and the “horrible” sewer system is a constant source of issues. The Fire Department and city have made several improvements and upgrades throughout the years — Jackson said some of the department’s own firefighters helped construct new walls and cabinets — but the age of the building and its limitations mean further improvements would not be feasible, especially since Jackson and the department find the building too small. 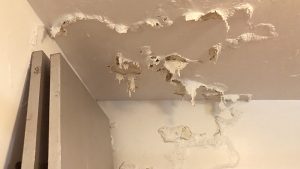 “We’ve pretty much outgrown the place with our personnel and equipment,” Jackson said. “The building’s a very well-built building to last 63 years. But we’re trying to take that next leap. It needs to be done for the next 50 years.”

Even the vehicles are feeling squeezed. Two of the newest trucks added to the fleet were engineered specifically to fit inside the station’s completely full 3-door double bay, but if trucks were to get any larger, they wouldn’t even make it past the garage doors, Jackson said.

For the new facility, more storage, more bunks and space for two more vehicles are some of the things Jackson would be hoping for. More space might also mean more computers and radios for the dispatch office. A larger training room would allow the station to host more classes. 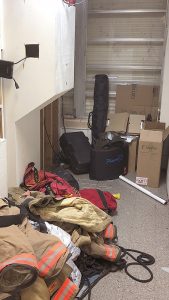 Equipment is stored where it can due to a lack of space at the Groves Fire Station. (Brad Robichaux/The News)

Since the city recently finished paying off the debts owed for the building of a new sewer facility, funds are free to finance the construction of the new fire station, City Manager D. E. Sosa said.

The funding would come through the Groves Economic Development Corporation, which receives its revenue from sales taxes.

EDC funding can be used to fund public safety facilities (such as a fire station), recycling facilities, roads, streets, drainage and other related improvements, demolition of existing structures, and maintenance and operating costs for these types of projects, in addition to incentives for local businesses.

“It’s doable,” Sosa said. “I feel like the council and EDC are very interested in it, and we’re going to walk through it with our city attorney and our attorney who works with our EDC, and go ahead and start this process, probably at the beginning of October.” 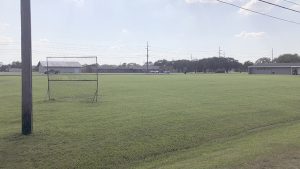 The lot across the street from the Groves Police Department is a possible location for a new fire station. (Brad Robichaux/The News)

Sosa agrees the city needs a new station, too.

“It’s just time, it makes no more sense to put more money in the existing fire station, because of the fact that future fire trucks are probably not going to fit in it, Sosa said. “That thing was designed over 60 years ago. It’s almost as old as me!”