Indians running for 2-0 start with No. 4-ranked Hornets in way

PORT NECHES — Brandon Faircloth has produced his share of outstanding running backs since taking over Port Neches-Groves’ football team in the 2009 season.

With last year’s quarterback Roschon Johnson now graduated into the No. 2 running back on the University of Texas’ depth chart in time for a top-10 battle with LSU, Faircloth didn’t have any concerns how his backfield would fare, even with the graduation of Jaylan Williams and the move of senior Gavin Deslatte to linebacker.

“We feel we have three guys we can give the ball to,” Faircloth said. 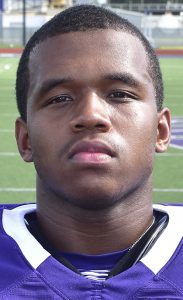 Vaughn carried 10 times for 106 yards and a touchdown in his first varsity start.

“Lance has been a great running back here. Last year he was our JV running back and scored about four touchdowns a game,” Faircloth said. “We knew Lance is a great player. Zane did a great job the other night and scored two touchdowns. DaeDae had 90 yards rushing and a touchdown.”

Even junior quarterback Blake Bost turned in 54 yards on seven keepers, but having a deep backfield helps take much pressure off of him by using the run game, all while succeeding Johnson, who rushed for 4,846 yards as an Indian.

“I think the kids believe the more you have, the better chance you’re going to have to win in the second half,” Faircloth said. “I think it showed in the second half where we were rolling fresh legs in there and being successful in our run game. Our kids believe in it. When you’ve got three selfless guys who root for each other and make each other better every day, you’ve got a chance to be successful.”

Now, that Faircloth knows what his offensive personnel can do, the only worry this week has been which quarterback the fourth-ranked team in 5A Division II according to Dave Campbell’s Texas Football will start and whom PNG should plan for, right?

“The quarterback is the coach’s son. I definitely expect him to play,” Faircloth said. “He’s a tough kid, great player.”

The Indians are looking for another challenge from a team that beat them 31-14 at The Reservation last September, en route to a close loss to eventual state runner-up Fort Bend Marshall in the Region III championship.

“They have a great team, offensively, defensively and special teams,” Faircloth said. “They probably should have played for the state championship. We’re excited about playing them. They’re going to make us better. Our focus every week is just to improve, and the teams we’re going to play against are definitely going to help us do that.”

“We had them pretty close last year, but this year, we’re just going to come even harder,” the reigning Port Arthur News player of the week said. “We’ll be excited to play at Sam Houston State University. That’ll be a good environment.”