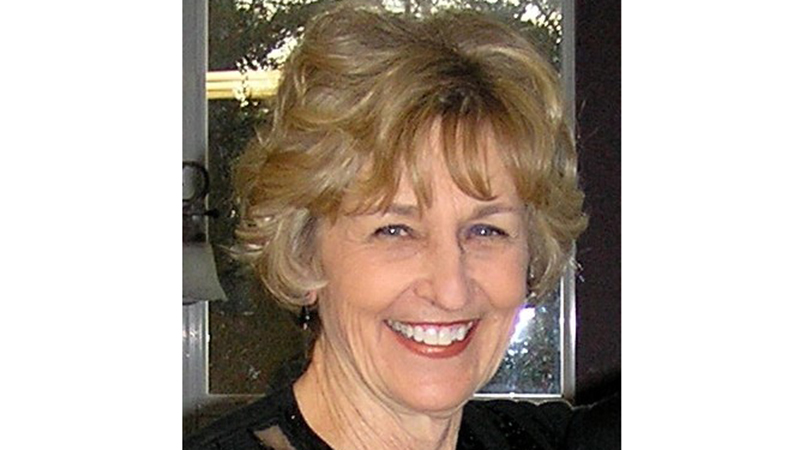 Lou Graham Leonard, a joyful and beloved choral music teacher for 30 years, passed away August 30th in Houston. She was 83.

Lou had a gift for spreading happiness and laughter wherever she went.

She loved her family, her students, music, the beach, and cooking, and she was very generous in sharing all of these joys with the people she cared about.

Her greatest legacy is the immensely positive impact she had in the lives of so many young people, with her kind heart, smiling eyes, and infectious laugh. She was also a mentor to many adult musicians, offering encouragement and inspiration to everyone she knew.

Lou was born and raised in El Paso, where she began piano lessons at an early age.

She began teaching music in Del Valle, Texas, where being fluent in Spanish helped her connect with her young students. After earning her master’s degree, she taught elementary school music for several years in the Port Arthur School District before moving to Houston.

Her warmth and openness helped her to persuade students from all over campus to get involved in the shows.

She led a variety of choral ensembles, and used her considerable gifts as a pianist to accompany scores of choir, band, and orchestra students in UIL competitions.

She was so effervescent and well-loved that when she retired from teaching in 1990, about 100 of her former students came back to attend and perform in her final concert along with her current students.

After retiring from teaching, Lou continued to accompany individual musicians and high school and church choirs in the north Houston area.

She enjoyed singing with the Houston Symphony Chorus and the Morris Beachy Singers for many years.

After moving to the Bentwater community near Conroe, she served as the chair of the Ladies Golf Association and created the first “Bentwater Idol” fundraiser for cancer.

She is preceded in death by her parents Anne Caroline Graham and Harry Hereford Graham and brother
Harry M. Graham.

In “Lou” of flowers, the family appreciates donations being made to the Lou Leonard Scholarship Fund at the Texas Association of Choral Directors at https:/www.tcda.net/Leonard.

The family expresses their gratitude to the care staff of Brookdale Spring Shadows.