Player of the week: Wuenschel racked up 7 catches, 118 yards on road 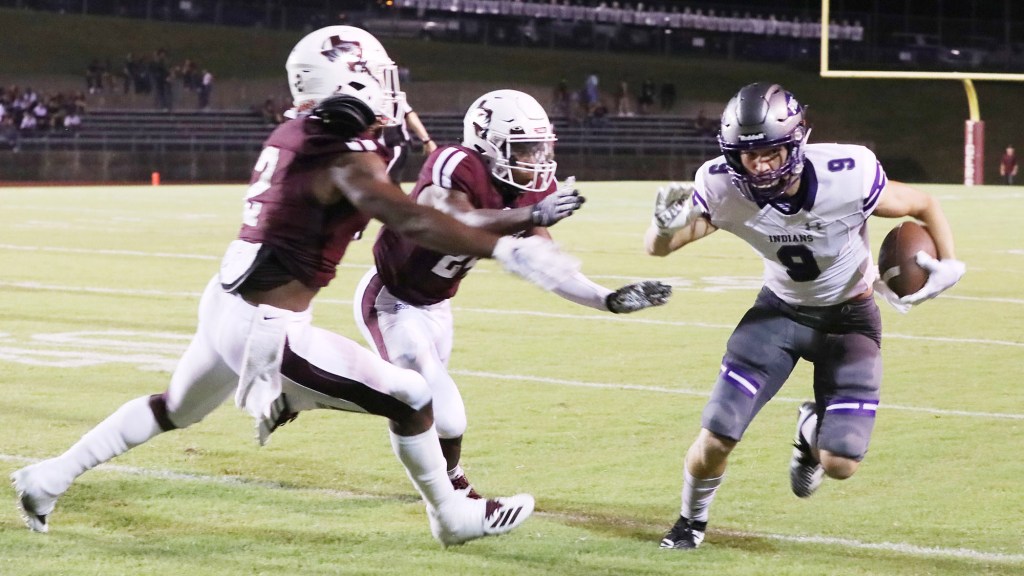 “It goes either way,” Wuenschel said. “He makes a bad throw, I make a good catch. If he makes a good throw, I’ll make the catch for him.”

Wuenschel put his determination to catch any ball to work Friday night. His 118 yards on seven receptions earned him The News’ Player of the Week honor following a 48-35 win over last year’s 4A Division II state semifinalists.

And he drew more praise from his head coach.

“Kaleb’s been a great player around here for a long time,” Brandon Faircloth said. “It’s his senior year. He’s worked hard, not just on the football field, but in the weight room, on the track. He’s worked really hard at becoming the best player he can become. And, he’s shown that. He’s a great run blocker, smart kid and knows where everybody needs to be.

Wuenschel accounted for 67 percent of Bost’s yardage as a first-time varsity starter. His performance was among a number strong individual starts for PNG (1-0), a 5A Division II Region III semifinalist last season:

The Indians garnered 451 total yards with the help of an offensive line that just lost right tackle and University of Texas commit Jaylen Garth, likely to a season-ending meniscus tear. Senior left tackle Jackson Hunt injured his arm during the first quarter against Silsbee, but Faircloth said Hunt may be able to return at Huntsville this Friday.

“Jarrett Caillier and Corey Burt did a good job filling in,” Faircloth said. “We rushed for [275] yards, so they were very successful.”

Said Vaughn: “The o-line did real well. We just executed together as a team.”

Other notable performances from Week 1: