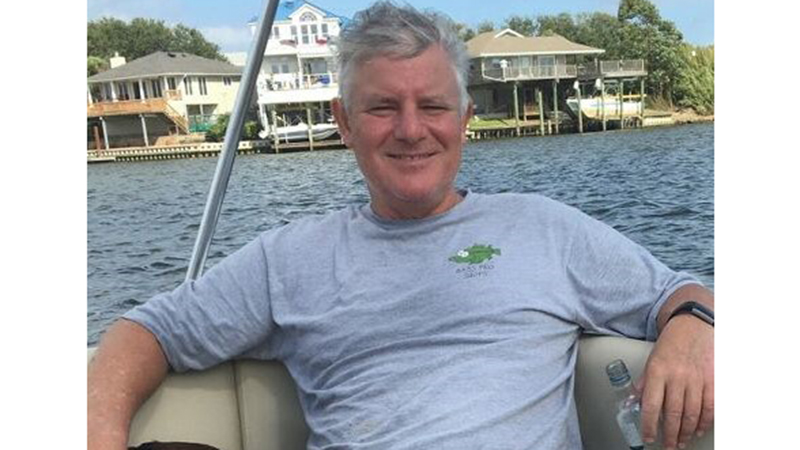 Michael was born in Framingham, MA on April 28, 1961 to Kenneth Estey and Barbara Therese Curewitz.

Michael is survived by his wife Laura, his children Justin of Dallas, Megan of Houston and Robert of Carrollton, and his brothers John McGuigan of Eastham, MA and Kenny Curewitz of Sacramento, CA.

He is also survived by many nieces and nephews. Michael is preceded in death by his parents.

Michael received his Mechanical Engineering degree from LeHigh University, and was a licensed Professional Engineer.

He played goalie on the LeHigh University hockey team and was a ranked racquetball player in the New England states league.

He was a devoted family man.

Michael enjoyed coaching and supporting his children in their athletic endeavors, and attending his children’s band concerts and academic competitions.

He enjoyed fishing, with a passion for off-shore fishing.

Michael was an avid car enthusiast. His pride and joy was his Shelby GT 500.

One of his favorite experiences was attending racing school in Utah.

He was a huge fan of the Rolling Stones, and had a large collection of their music.

A Celebration of Life will be held for Michael on Sunday, September 1, from 1 pm to 4 pm at the Port Arthur Yacht Club at the Pleasure Island Marina on Pleasure Island.

Michael was a very charitable man.

In lieu of flowers, please make a donation to your favorite charity.