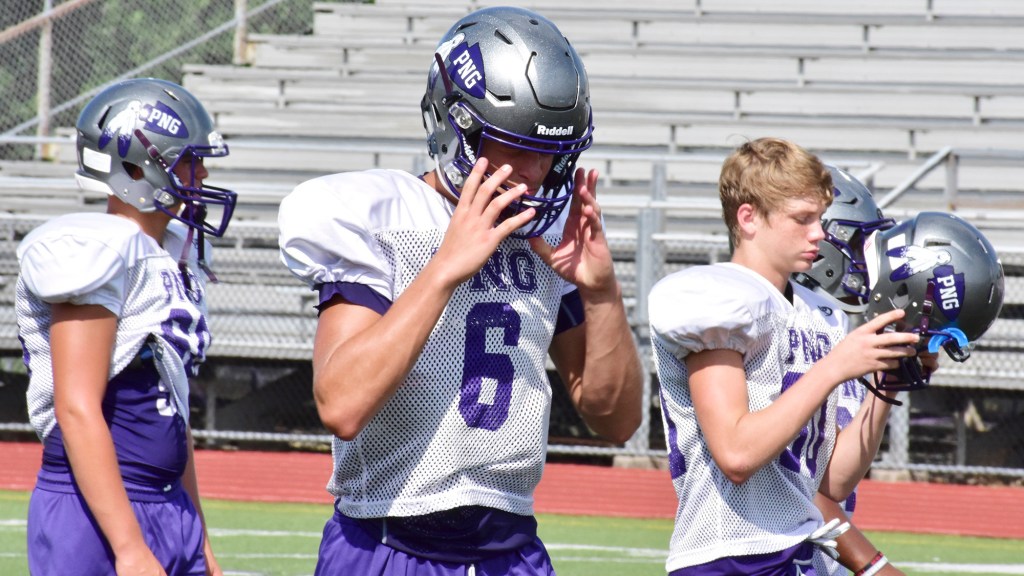 PORT NECHES — As much attention junior Blake Bost will draw as Port Neches-Groves’ new starting quarterback, his receivers will share in the spotlight for big plays.

For Zane Hernandez, that spotlight could shine anywhere on the field. That’s just fine by the senior.

“I love it,” Hernandez said, asked about playing multiple positions. “It really gives me every perspective I need. You know, everyone does. It helps us in the long run.”

Bost, who’ll make his first varsity start Friday night at Silsbee, isn’t new to the varsity stage. He’s become more comfortable engineering the Indians’ offense all through 7-on-7 football and preseason camp and has plenty of experience at the perimeter to rely on.

Hernandez, who spent time as a safety last season, plans to help Bost a great deal as well.

“Playing everywhere, everyone knows what to do,” Hernandez said. “If Blake doesn’t know what someone needs to do, I can tell him. If Blake needs help with anything, I know what the wide receivers, H-backs and running backs are doing on every play. Just having that general knowledge of everything.”

When Hernandez lines up at wide receiver, he’ll join a group of varsity veterans who were most recently targets of current University of Texas freshman Roschon Johnson. Among them, current seniors Kaleb Wuenschel and Peyton Proenza rose to the occasion in a high-octane offense that helped the Indians reach the 5A Division II Region III semifinal round for the third year in a row.

“Experience is worth its weight in gold,” 11th-year PNG coach Brandon Faircloth said. “When you have experienced receivers and an offensive line, it makes it easy on Blake.”

The offensive line, however, took a big hit following last Thursday’s scrimmage against West Brook at Beaumont ISD Stadium. Right tackle Jaylen Garth, who is orally committed to Texas, reinjured a previously torn meniscus in the scrimmage and is out indefinitely. Faircloth said he is still talking with doctors about whether Garth can return this season.

The playmakers are healthy, and Faircloth is ready to see how they’ll connect with Bost against last year’s 4A Division II semifinalist Tigers.

“The thing that makes Proenza and Zane and Wuenschel and Brady [Nail, a junior] and Key’van [Barrier, a senior] so effective is that they’re versatile,” Faircloth said. “They can play any of the receiver spots. We can line them up anywhere on the field, and we could line up Proenza and Wuenschel at tailback as well. They’re so multitalented and have so much ability. That helps offensively, for sure.”

Hernandez will also line up at quarterback in addition to his duties as a tight end, running back and receiver. Faircloth switched Hernandez from defense because Hernandez, he said, has a tendency to do well on offense.

So do all the receivers, in Hernandez’s view.

“We just really have a good receiver corps,” Hernandez said. “We have a lot of guys with great hands, great concentration. It’s about going out there and being an athlete, catching the ball, running good routes. As long as we can execute and run our routes and catch the ball, then we’re helping Blake in every way we can.”