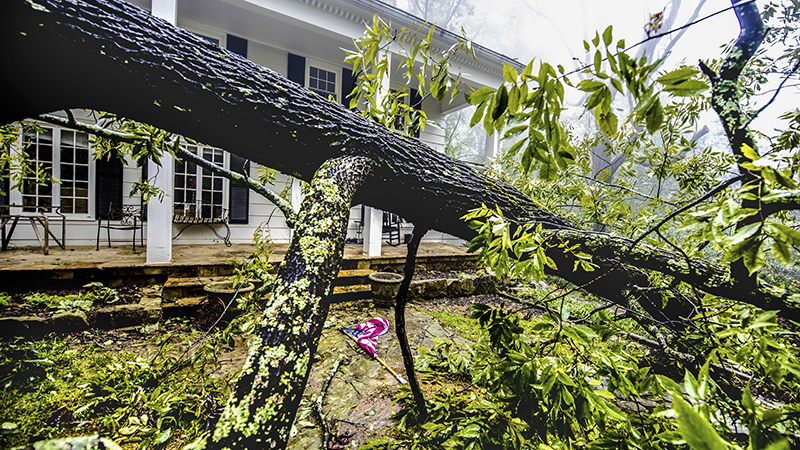 Southeast Texas is in the middle of hurricane season, and it’s not over the hill yet.

“I always remind the media that the busiest time of the season for hurricanes for Southeast Texas is the first six weeks of school,” said Roger Erickson with the National Weather Service in Lake Charles. “We’re just now entering the peak of the season, so through mid-September, this is when we have to be the most vigilant watching for storms.”

Erickson is traveling with representatives of the Insurance Council of Texas, which is making its 14th annual Hurricane Tour to help residents along the Texas coast prepare. The group made a stop this week at The Port Arthur News.

Cliff Barros, director of communications and market development for the Insurance Institute of Business and Home Safety, says with the development of Tropical Storm Dorian in the Caribbean the time to start preparing is now.

“You’ve got a storm that’s a week away from knowing where it’s going, but it’s really not too early to start preparing,” Barros said.

Barros’ organization studies home construction practices and their effects on resilience to windstorms and severe weather, such as what types of roofs are most effective and which garage doors are better able to withstand strong winds.

Barros shared several of his organization’s findings this week:

IBHS compiles its findings in a set of building guidelines and certifications called the Fortified program, which is intended to help buildings better withstand storms and prevent loss.

“The decisions you’re making when your building or re-roofing your house can have an impact on whether or not you’ll have a house to come back to after a storm,” Barros said.

For more information on storm preparation tips and the Fortified program, visit disastersafety.org.