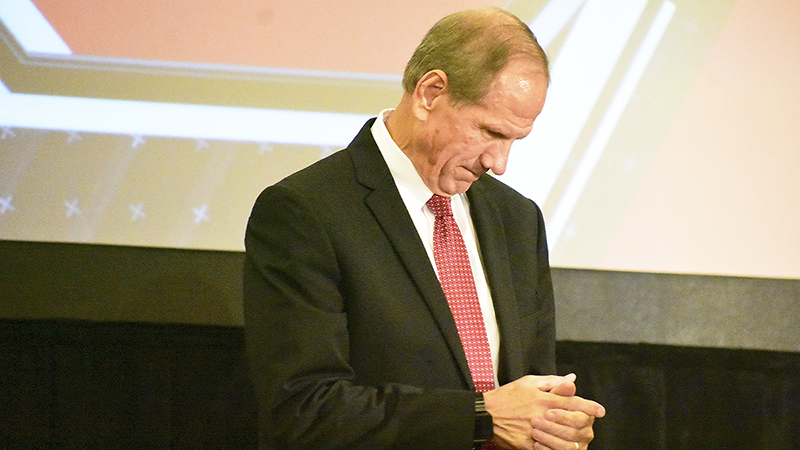 BEAUMONT — Lamar football will not interfere with Friday night lights this season.

Provost Umphrey Stadium’s lights will be turned on Thursday, however. A Thursday game only benefits him in preparations for Week 2.

“The thing I look at, as a coach, is that it gives you extra time for next week, so we’ll have an extra day to prepare for Mississippi Valley [State on Sept. 7],” Schultz said. “I think we’ve got a chance. I think the people in the community are excited, and I’d like to see a good turnout.”

Lamar’s first opponent, Bethel University, might be an NAIA program, but Schultz cautioned the Wildcats will not be a pushover.

“Bethel is a really good football team,” he said. “They were 10-1 last year. They lost in the playoffs. They do a lot of really good things. They were one of the highest-scoring offenses in the country last year, so they have a very explosive offense. Their defense is sound. They don’t make mistakes. They react. They run the ball well. And, again, in special teams, they’re really solid.”

The Wildcats’ lone loss came in overtime against Baker University (Kansas) in the first round of the NAIA playoffs. Thursday’s season opener pits two rising programs against each other, although they compete in different levels. Bethel turned around from a 3-7 campaign in 2017, and Lamar went from 2-9 in Schultz’s first season to 7-5 and a berth in the NCAA playoffs, a first for the program.

Lamar drew some attention during the offseason by landing two transfers from Southeastern Conference schools, Shane Johnson from Texas A&M and Will McBride from Tennessee. Schultz announced Monday that McBride is no longer with the Cardinals.

“This happens sometimes,” Schultz said. “Kids that are 19 or 20 years old, they come in or got to the point where they didn’t think football was the best thing for him. We left on good terms.”

McBride was ranked as the 41st-best high school quarterback in the nation by ESPN coming out of Clear Springs. He redshirted during the 2018 season after playing two games at Tennessee, becoming the first freshman to start since Josh Dobbs in 2013 and finishing his Volunteer career completing 17 of 40 passes for 152 yards and a touchdown with two interceptions.

Johnson, a senior who prepped at Houston Heights, is now the top backup behind returning starter Jordan Hoy, with freshman Jermaine Givens from Mesquite moving into the No. 3 role. He did not see action in 2018 with the Aggies after throwing for 2,135 yards and 20 touchdowns as a sophomore at Snow College in Arizona.

Already thin at receiver, the Cardinals suffered a blow going into preseason camp when senior Zae Giles sustained an Achilles’ injury, ending his season before it started.

The Cards released their two-deep chart, and missing from it is redshirt junior Caisen Sullivan of Port Neches, who was sidelined with a ruptured disc during 2018 preseason camp. Three junior-college transfers — Carmoni Green, Kenny Allen and Ryan Matlock — are listed along with freshman Marcellus Johnson on the outside, with freshman Jack Roe backing up returning junior Kirkland Banks in the slot.

“We’re very, very young at receiver,” Schultz said. “We started looking at receivers and we started realizing, we don’t have a lot who’ve been battle-tested.”

Student-athletes are not made available for comment during Schultz’s weekly conferences.

Schultz on his favorite saying about Lamar’s progress: “We’re not where we used to be, but we’re not where we want to be. We’re still working on fine-tuning some things right now as we approach the game.”