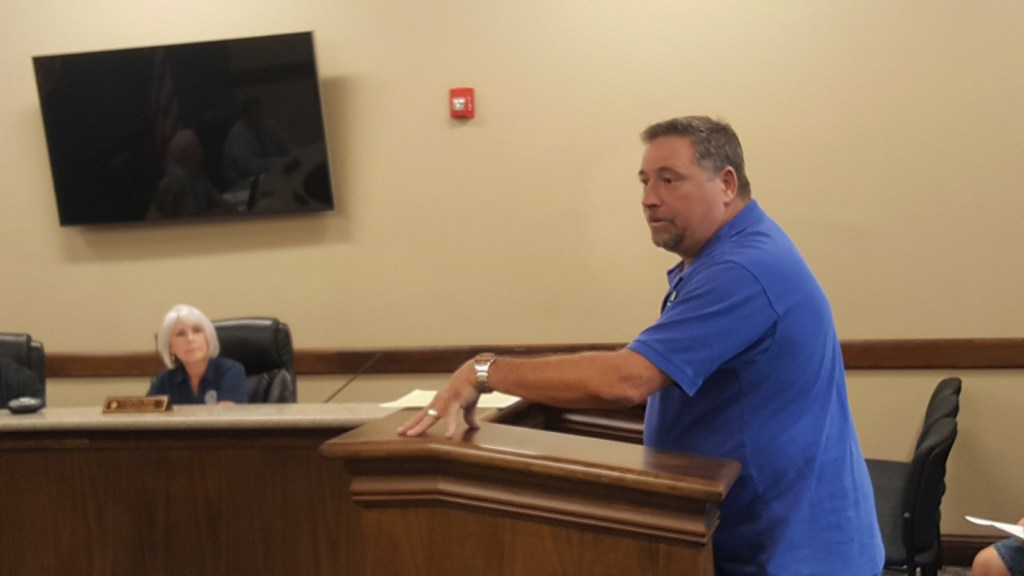 NEDERLAND  — Food trucks haven’t been allowed in Nederland since 1975, and Boss Burger owner Joe Oates is hoping that will change.

Oates addressed the Nederland City Council on Monday with samples of neighboring cities’ regulations for food trucks. He has brought his truck to various areas from Beaumont and Port Arthur to Orange and Vidor but not his hometown, he said.

But there are many questions that need to be answered.

The city’s ordinance does not allow for mobile vendors; except for during the city’s annual Nederland Heritage Festival, where proceeds go to nonprofits.

Oates believes the people of Nederland would enjoy having food trucks in town.

One issue that can be a problem is parking — some businesses in town already have limited parking and putting a food truck near a business would create parking problems for the adjacent businesses.

Ward III Councilmember Emmett Hollier asked Oates how he would react if he had a brick-and-mortar restaurant and someone wanted to set a food truck in front.

“What I’m getting at is that brick-and-mortar stores pay rent and insurance,” Hollier said.

There’s cleanup of the site and parking — all are big issues. Boston Avenue, he said, would be a nightmare.

Oates said there could be a part of the regulations saying a food truck could not set up next to a restaurant but, on the opposite side of the coin, not all food trucks would be in the same spot more than one day.

Oates, who began his business with a food truck, then owned an eatery on Boston Avenue for approximately two years before closing in April, said he paid $33 to bring his truck to an office party in Beaumont. The permit was good for two weeks but unless he wanted to go and sit in a vacant parking lot, it was no good to go back.

Mayor Don Albanese said the city did not want to get in the same situation with the Heritage Festival as a neighboring city did with one of their festivals, where outside vendors set-up just feet from the gates while vendors inside pay hundreds of dollars for their spots.

“That’s where you fine them,” Oates said, adding he doesn’t want to interfere with the festival.

While Oates doesn’t feel there would be competition between the brick-and-mortar restaurants and the food trucks, Duque had other thoughts, wondering how it wouldn’t be competition if a taco truck came to town in a city that has Taco Rey and La Suprema restaurants.

Duque and staff are planning to research the issue and bring back information to council. He also wants to make sure brick-and-mortar restaurants have a chance to voice any concerns they may have. No date has been set and no action was taken during Monday’s meeting.