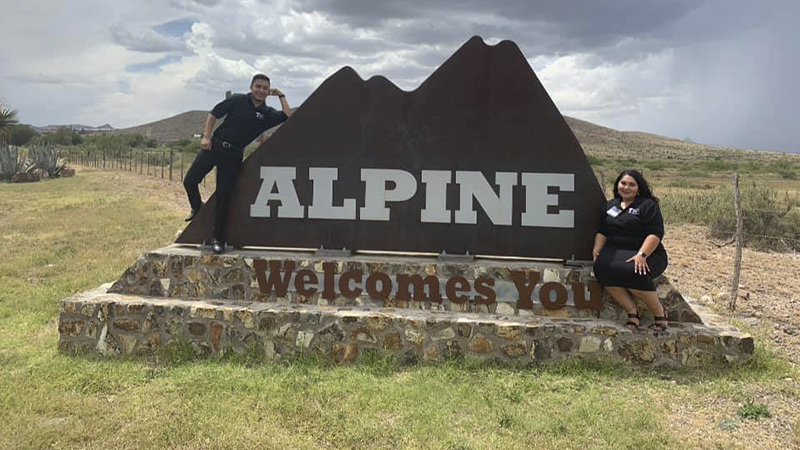 Brianna Montijo, a second-year student at Lamar State College Port Arthur, has been making the most of her short time on campus.

The business administration major started her role as president of the Student Government Association in June and just returned Friday from her second Student Advisory Board Meeting at Sul Ross State University.

“So far I have attended two student advisory board meetings,” Montijo said. “We speak for the students. We go there to implement ideas to better the campus for the students. We speak on behalf of them and what changes they want and present it to the board of regents at each annual meeting.” 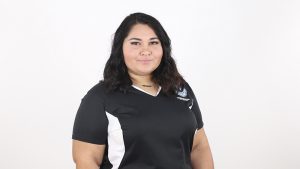 Brianna Montijo, a second-year student at Lamar State College Port Arthur, is the new 2019-2020 SGA president. She was elected in June and will be in office until May 2020. (Courtesy photo)

Montijo, who is also the communication’s officer for the Student Advisory Board of the Texas State University System, said she set goals at the recent meeting to improve campus health and safety this school year.

“One thing we are going to be pushing for is for more health resources on campus,” she said. “For example, like menstrual cycle and hygiene products that are more accessible to young female students so they don’t have to leave campus to go home. That way, they’re not missing classes and there’s more help here.

“We also want to provide a safer campus by using apps and having security around. It’s not that it’s a big problem now, but we want to make sure that we have those steps in place in case the need does arise.”

As a Sabine Pass High School graduate, Montijo said she was always really shy in high school but her new role as SGA president has made her open up.

She was surprised when she won the position, adding she has learned leadership and communication skills by getting involved in many college programs.

Montijo’s advisors played a big part in pushing her to join SGA.

“My first year here, I was part of a program called the Emerging Leaders Program,” she said. “It’s to help students expand their leadership goals, learn communication skills and responsibility.

“One of my advisors actually told me about (SGA). She told me ‘I think you need to do it. You’re hard working. You care and you’re there at every event.’ So, I was like ‘OK. Why not? I’ll do it.’ But getting to where I am now is all because of them, they’ve all helped me out and put me on the right path — to want me to do better and be better.”

Montijo, who is in her last year at LSCPA, is hoping to finish with an associate’s degree in business administration before applying to Texas State to study clinical psychology.

“I want to have a minor in business while I major in psychology,” she said. “I want to study clinical psychology and work with special needs children. My sister is special needs, so I have always had a connection with kids like that. They deserve a little more of life. We get to enjoy things that they don’t, and I want to help and understand why their brains cope the way they do.”

Although Montijo has a year left, she said her time at the college has been invaluable in helping shape her into a leader.

“The reason I ended up going to Lamar Port Arthur is more because I wanted to stay close to family,” she said. “I wanted to be in small environment and learn better. The professors here care a lot about us, and they want us to learn.

“I’ve learned that if I need help to ask for it. You won’t receive help unless you ask for it and use effort to take the help. Being here has taught me a lot, especially with my advisors. If you really get to know people it will take you a long way.”

Montijo said she is excited for whatever her future brings and hopes to continue being a leader and learning more everyday.

“This is new to me,” she said. “I’ve never done anything like this before. It’s a whole learning process, but I’m fully excited about it all.”