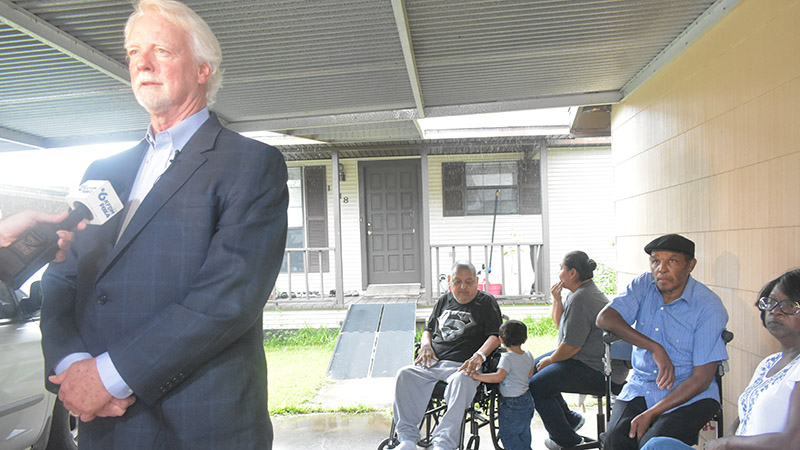 Houston based attorney Greg M. Rieschlager, left, speaks with media outside of a Nederland home on Wednesday regarding alleged interruption of care by The Medical Center of Southeast Texas for three of Dr. Triptesh Chaudhury's cancer patients. The hospital has denied all claims saying they are false.

The Medical Center of Southeast Texas has issued a response to Dr. Triptesh Chaudhury’s claim that the hospital is illegally withholding the medical records of his cancer patients.

Craig Desmond, president of TMCSET, shared a statement regarding the allegations saying they are false, to say the least.

Chaudhury, he said, is an affiliated physician and a tenant in a building owned by Steward, which owns The Medical Center, and is also a party to an ongoing lawsuit filed against him for nonpayment of rent.

“Most seriously, his failure to pay rent for his private medical practice operations could well violate federal fraud and abuse laws. Steward takes compliance with those laws very seriously. We had no choice but to terminate his lease,” Desmond said in the media release.

The dispute between Chaudhury and the hospital had been going on for a while with the hospital reportedly allowing him extra time to create a plan of treatment for three patients.

Chaudhury, he said, is solely responsible for any private medical records of his patents or any interruption of their continued care.

“Every patient who had medical records with the TMCSET has received them upon request — including documented instances when any of these three patients or their doctors requested,” he said.

Desmond added that allegations by Chaudhury or his attorney that the hospital is not in good standing with the Centers for Medicare and Medicaid Services is completely false.

“For anyone to exploit and use medical patients as props in the public forum is reprehensible. Dr. Chaudhury should be ashamed,” he said.

One of Chaudhury’s claims is that the Cancer Center’s offices had flood damage from Hurricane and Tropical Storm Harvey and showed a short video showing what Chaudhury said was a portion of a linear accelerator radiation machine with water under it. The power lines to the machine are 220 volts, his Houston based attorney Gary Riebschlager said. 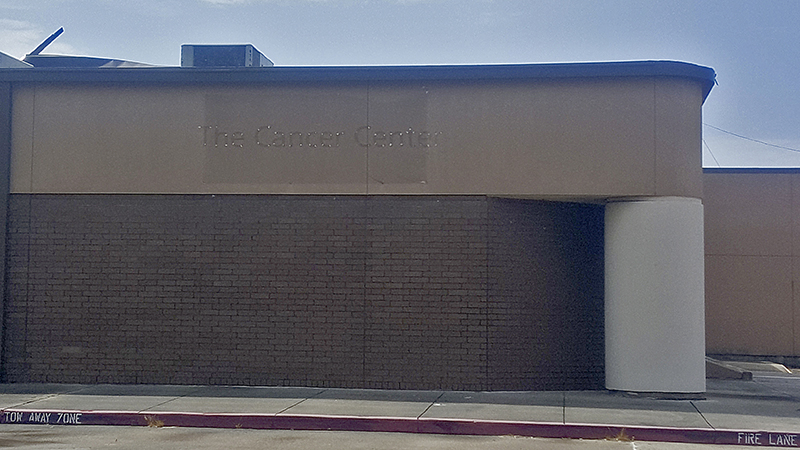 The hospital contends they repaired damages to the building and it is well documented and furthermore, Chaudhury had not made any requests for repairs.

And while the issue is contentious, the hospital president said he would not allow this to distract or deter the hospital from the good things happening there.

An impromptu news conference was called Wednesday at a home in Nederland with Chaudhury, his attorney Riebschlager and three of Chaudhury’s cancer patients along with their families.

The families said they have not been able to get their medical records, which is keeping them from the continuation of their radiation treatments. One patient, Jessie Avalos, lost the use of his legs after treatment was abruptly stopped. Avalos has a mass in his lower abdomen near his spine.

Another patient, Jeffery Shield, was nearing the end of his treatments for a cancer of the head and neck when the center closed suddenly.

The third patient, Alton Guillory, was battling esophageal cancer when the treatments stopped.