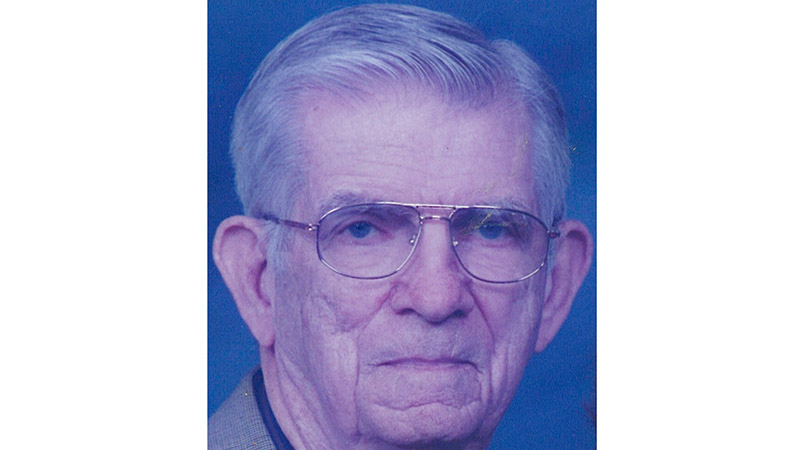 Kenneth Gordon Covington was born March 25th 1926 in the Heights in Houston, Texas.

He had previously lived in Groves and Port Arthur for most of his life.

He graduated from Thomas Jefferson High School in 1944 and was a fighting yellow jacket. He cheered for TJ until moving to Groves and then proudly supported the PNG Indians.

He held football season tickets for 30 years after his youngest child graduated.

He was a member of the Collectors Club and Groves Lion Club.

At retirement he and Mrs. Covington stayed busy with their antique business by first displaying at flea markets and then working in antique co-ops.

Last year Gordon was able to participate with other veterans in an Honor Flight from Austin to Washington D.C. where he had a whirlwind tour of D.C. and the war memorials.

He was chosen to help lay a wreath at The Tomb of the Unknown Soldier. This was the trip of a lifetime and he proudly talked about it often.

Mr. Covington was blessed to have 13 grandchildren and one great granddaughter.

He was also loved by many nieces, nephews and close friends.

Visitation will be Sunday, August 25th at 6:00 PM at Levingston Funeral Home, Groves TX. Services will be held Monday, August 26th at 10:00 AM at the same location.

In lieu of flowers the family request that donations be made to Honor Flight Austin in memory of Gordon Covington.