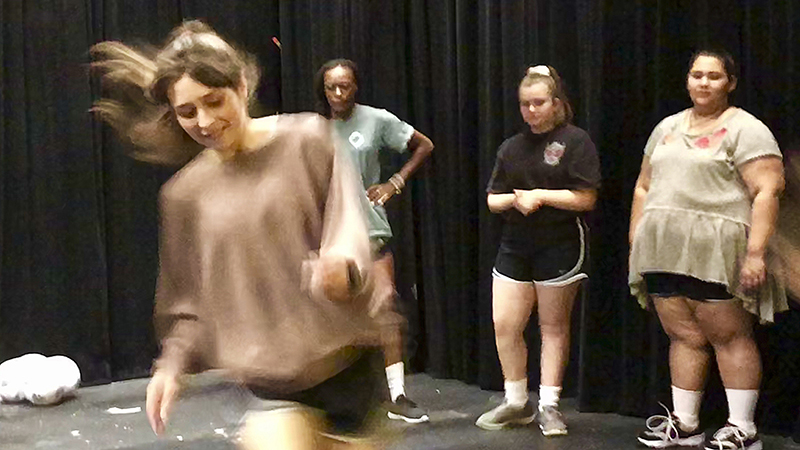 High school can be hard for anyone. Throw in issues like teen pregnancy, eating disorders and death, and it becomes a whole new ball game.

These issues, along with others, are what the cast of Port Arthur Little Theatre’s Junior Board will tackle in their upcoming production of “The Wolves.”

Rhiannon Pletcher, producer and adult PALT Board Member, said she chose this play because of its strong impact and relativity.

“‘The Wolves’ is a contemporary modern show that follows a team of high school girls that play indoor soccer,” she said. “It follows game play and all the issues they face as teens. They even deal with heavier issues like family members dying of cancer, eating disorders and teen pregnancy, which are some bigger issues we touch on in the show. One girl has to take Plan B. Another girl’s mom passes away and in the end their friend passes away that they’ve known since they were 5 years old.”

Pletcher, who did the show in college, said she wanted to bring something new and contemporary to the Port Arthur community. 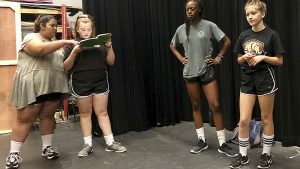 “I did the show when I was in college and it had a big impact on the college students who saw it,” she said. “So many theatres are doing shows that have been done before, but no one in this area has seen this show. I wanted to give the kids something new to do and really help their acting abilities.”

The actors in the show range from 16 to 18 years old, so Pletcher said they relate to the struggles and pressure of being in high school.

“Honestly, I’m really proud of them,” she said. “They’ve put in the work in a short amount of time and have really opened up to feel and portray what is happening on the stage.”

Pletcher said the girls in the production have enjoyed the camaraderie and the challenge, but struggle with being able to convey the emotions in the ending scene that come with losing a friend.

“The things they enjoy are the funny scenes were they are joking around,” she said. “The harder ones are where they lose a friend, because none of them have lost someone. The end has been really hard.”

The play, which is contemporary, has no set and only jersey numbers identify the characters.

“Emily Fontenot, who is a sophomore at Nederland High School plays No. 25,” she said. “Another main character is No. 7, who is played by Ta’Shina Williams, a senior at Port Neches-Groves High School.” 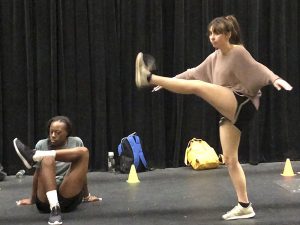 Ta’Shina Williams, playing No. 7, and Emily Fontenot, playing No. 25, practice for the Port Arthur Little Theater’s upcoming production of “The Wolves,” which will be playing Aug. 23-25. (Brad Robichaux/The News)

Pletcher said while the characters all have relatively the same amount of lines, Fontenot and Williams have really had to grow into their characters.

“No. 25 is the captain and the coaches daughter,” she said. “She is in it for the game. No. 7 is almost the bully character in the show. She has a bad attitude but still loves the game. Both actors are doing a great job embodying those characters. Emily has really had to come out of her shell to be the leader and Ta’Shina is sweet as can be but she has to play the bully, so that’s been hard for her.”

Pletcher said she encourages the community to come see the play with an open mind and no preconceptions.

“The Wolves” is directed by Isaac Durksen, a senior at Kelly High School and will be performed Friday and Saturday at 7:30 p.m. with a Sunday matinee at 2:30 p.m. All tickets are $10 and available online or at the door.