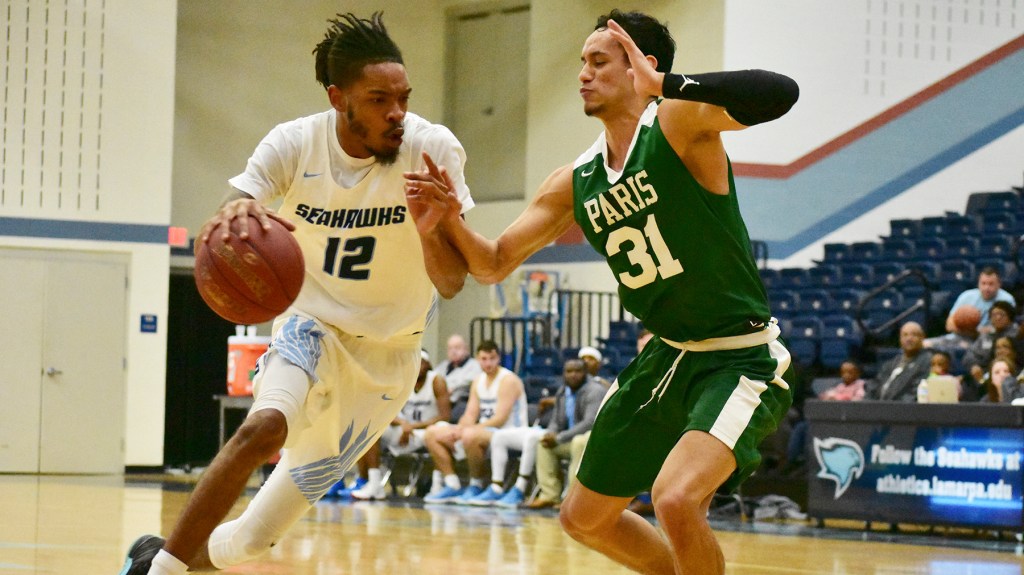 Nathan Bailey of Lamar State attacks the basket against Julio Jimenez of Paris in a Jan. 9 game in Port Arthur. (I.C. Murrell/The News) 1-9-19

Bailey, a 6-foot-5 junior from New Orleans, was a standout 3-point shooter (34.7%) who averaged 11.5 points and 4.6 rebounds per game last season. His 3-point basket with 15 seconds left helped the Seahawks take an 86-85 win over 10th-ranked Trinity Valley Community College on Jan. 4.

Bailey also had a season-high 29 points against Lee College on Feb. 13.

Williams, a 5-foot-9 junior from Houston, had a flair for the heroics as well at Lee on Jan. 16. His 3-ball with 4.3 seconds helped Lamar State come from 17 points down to knock off the archrival Rebels, 72-71.

Northwestern Oklahoma State, based in Alva, went 8-20 last season and 6-16 in the Great American Conference. Jarvis, located in Hawkins (just west of Longview), finished 3-22, earning all of its victories in the Red River Athletic Conference.