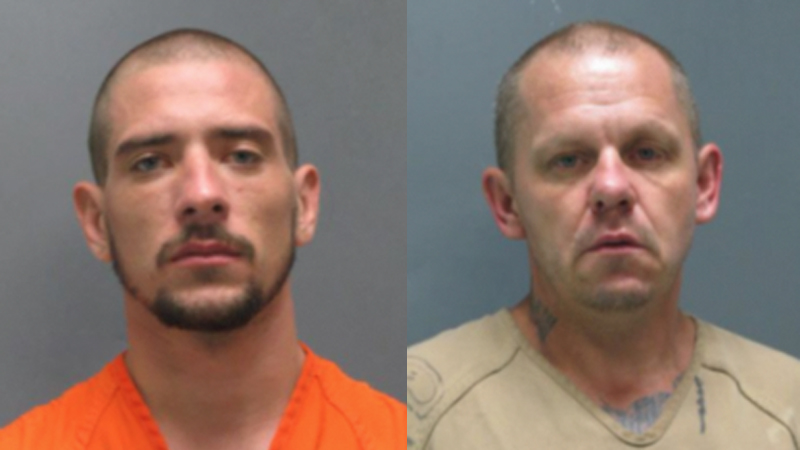 (Editor’s note: A spokesperson with the Liberty County Sheriff’s Office said both escaped inmates have been caught)

The hunt is on for two men, one of which is from Nederland, who escaped the Liberty County Jail on Tuesday.

The escape occurred during a routine cell check between 4 and 6:15 am. at the Liberty County Jail when jailers noticed Clay Sterling Harvey, 44, of Nederland, who is in jail for manufacturing and delivery of a controlled substance as well as other felony charges, was missing, as was 28-year-old Chance Marshall Hunt of Beaumont who is incarcerated for unauthorized use of a motor vehicle and other felony charges, according to a news release from the Liberty County Sheriff’s Office.

Both are white males. It is not known if they are armed, but they are considered to be dangerous.

When an inspection was made of the jail facility, it was found that a fence on the east side of the jail perimeter had been cut open. Inspectors believe this was Harvey’s and Hunt’s escape route.

Liberty County Sheriff’s authorities and the Texas Rangers have tracking dogs on the scene from TDCJ and a search is in progress. Law Enforcement is advising the public to not approach either of these men if encountered but to call the Liberty County Sheriff’s Office at 936-336-4500 or Multi-County Crime Stoppers at 1-800-392-STOP (7867). Any caller to Crime Stoppers will remain anonymous and may receive a cash reward.