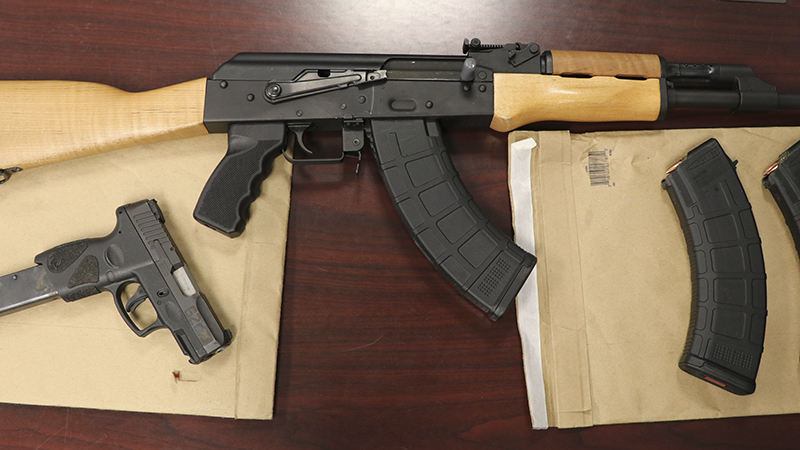 Three women and one man were arrested after a search warrant revealed stolen guns and drugs at Prince Hall Apartments on Thursday.

The Port Arthur Police Department’s Narcotics and Guns Unit executed a search warrant at 1021 W. 13th St. at the apartments, where they recovered two stolen firearms, crack cocaine, ecstasy pills and a “large amount of marijuana,” according to a news release from the PAPD.

One of the guns recovered, an AK 47, had been stolen during a Port Arthur home burglary. The other stolen firearm, a 9mm pistol, is confirmed stolen from the city of Orange during an auto burglary.

PAPD Det. Sadie Guedry could not confirm who the tenant of the apartment is but said all four individuals frequent the apartment where the search occurred.

Police released the names, ages and hometowns of the four who were arrested. The Jefferson County Correctional Facility provided information on the charges for the arrests.

Bond for the four individuals had not been set as of early Thursday evening.