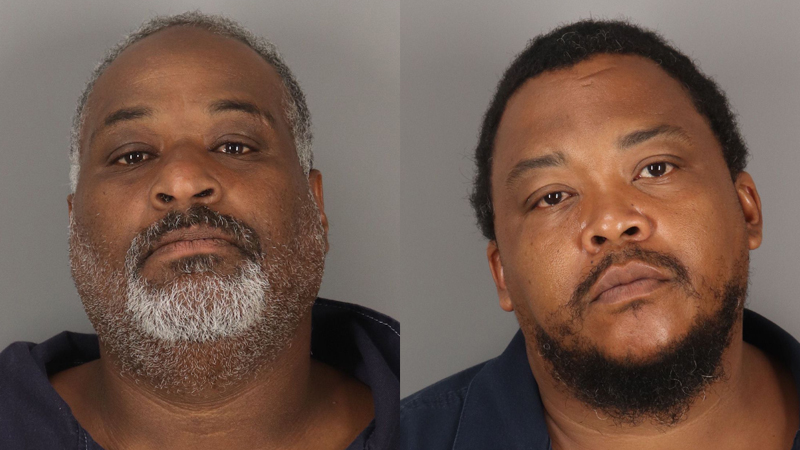 A local man followed two alleged thieves who were parked in his driveway with his belongings loaded in the bed of their truck on Wednesday, authorities said.

The man had just returned home around 10:16 a.m. when he saw the suspicious truck parked in his driveway in the 1700 block of Burrell Wingate Road.

When he approached, the truck sped away so he called 911 and followed the truck while on the phone giving dispatch updates on their location, according to a news release from the Jefferson County Sheriff’s Office.

A nearby sheriff’s deputy intercepted the suspect vehicle and followed them to the dead end of Wiggins Road.

Two men got out of the vehicle and one was immediately arrested. The second man ran and was located hiding in the tall grass nearby.

All of the items stolen from the victim’s shop were recovered, police said.

James Jones, 53, of Port Arthur, and Armand Ledee, 45, of Groves were arrested for burglary.