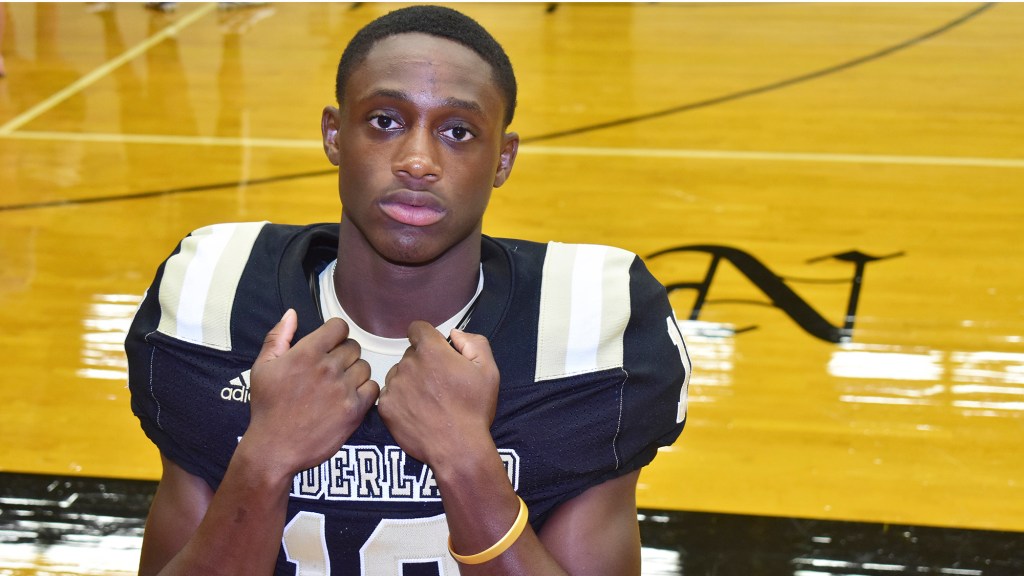 NEDERLAND — Just a week after Josh Mazyck injured his right ankle against Vidor last fall, another Nederland sophomore running back went down with a season-ending broken collarbone. 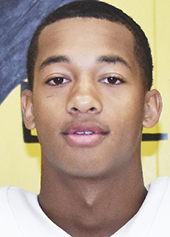 “When he got hurt, I went on the sideline and told him it was going to be all right,” Mazyck told Kade Scott, who had just sustained a broken collarbone in a home win at Crosby. By that time, Scott has rushed for 959 yards and 10 touchdowns, enough to earn the title of District 12-5A Division II newcomer of the year.

Nederland, then 9-0, secured a share of the district championship thanks in large part to the sophomore tandem. Mazyck (pronounced “muh-ZEEK”) ran for 619 yards and eight touchdowns, and both ranked among the top 10 in rushing yards in 12-5A-II.

“We were a big load on the offense,” Mazyck said Thursday at Nederland’s media day. 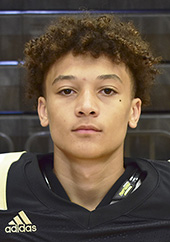 “The other two [Scott and Mazyck] were upset they couldn’t play, but Josh rehabbed and tried to get back against Port Neches [Groves], but the ankle problem was still hindering,” Bulldogs running backs coach Michael Broussard said.

Mazyck tried to go full-speed against PNG, but two bad ankles would hinder the 5-foot-8, 165-pounder the rest of the year. The Vidor week was already tough on him, not knowing his classmate would go down the next game.

“Monday [of that game week], I had hurt the left one,” Mazyck said. “Friday, they landed on [the right] one. It almost broke.”

Scott was fully healed by February, head coach Monte Barrow said, and Mazyck said he was well enough toward the end of track season. Mazyck helped Nederland’s 4×100-meter team break a decades-old school record and win their event in the District 21-5A meet.

Mazyck acknowledged the journey through recovery helped him grow.

“When I got injured, I had to work harder just to come back on the season,” he said. “I feel like I could have a better season than I did last year.”

Now that he and Scott are healthy juniors, trying to stop the Bulldogs’ running game will again become a chore for the opposition. The synergy of the duo goes beyond their on-field productivity.

“For how hard they worked and the competition that pushes themselves, they cheer each other, so it’s fun to sit back and watch how much better they get because it’s not a negative competition,” Broussard said. “It’s a positive competition all the time. I think they understand their strengths and weaknesses. One brings more of the hammer while the other’s more jittery and makes people miss. They bring a different style to the game.”

Tonight’s three-team scrimmage at Bulldog Stadium will be the first public opportunity for the pair as juniors. Nederland will take on 4A Lumberton, a former District 22-5A opponent, and two-time reigning 3A Division II champion Newton for two periods each, beginning at approximately 6:30 p.m.

Mazyck and Scott, who was not available at media day, have set a high goal for 2019, one Scott came so close to reaching last year.

Don’t forget that Fuselier is back as a sophomore. He’s likely to start at slot receiver, but he’s also practiced at quarterback behind senior McMorris and tailback.

“It’s confusing a little bit, but I think I get it pretty good,” Fuselier said.

He has two juinors to help simplify things for him in the backfield, as well as a half-season of varsity experience.

“It got me to get better experience and get more comfortable with it for this year,” Fuselier said.