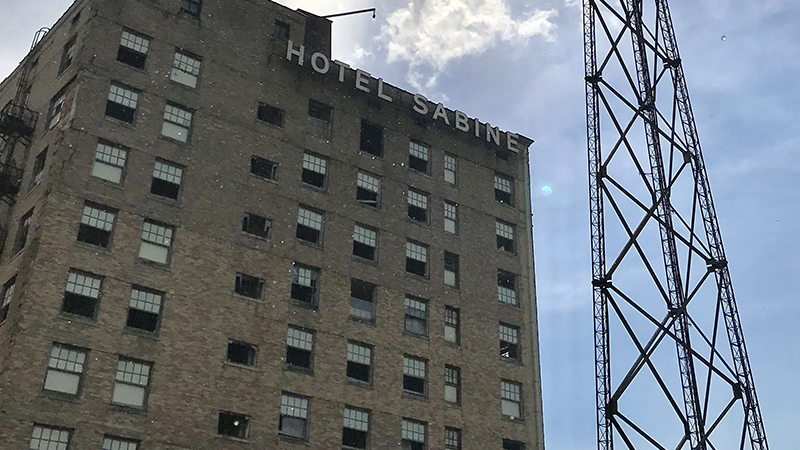 Motiva might’ve owned Port Arthur’s tallest edifice this week, if not for one, “towering” concern.

A non-consent item on the City Council’s agenda Tuesday presented a resolution to authorize interim City Manager Ron Burton to “enter into a sale-and-purchase agreement” that would have sold Hotel Sabine to the energy giant, which has purchased at least three other nearby historic downtown buildings for office space.

The price was set at $400,000 for the 10-story, 1929 hotel and for five tracts of parking space. The company may renovate the hotel for short-term residences for company visitors, city planners have said.

Councilmembers quickly tabled the motion without comment Tuesday, to the surprise of several observers. On Wednesday, Burton said the city had been surprised to learn between Friday, when the agenda is prepared, and Tuesday’s meeting that the Federal Aviation Administration had cautioned the city not to make a sale pending resolution of an FAA tower that is located on the sale property.

Burton said that tower was the “stumbling block,” which might take at least a few weeks to resolve. He said it would not be a deal breaker.

All three of those buildings are at the intersection of Austin Avenue and Fifth Street. The old hotel is short blocks away.