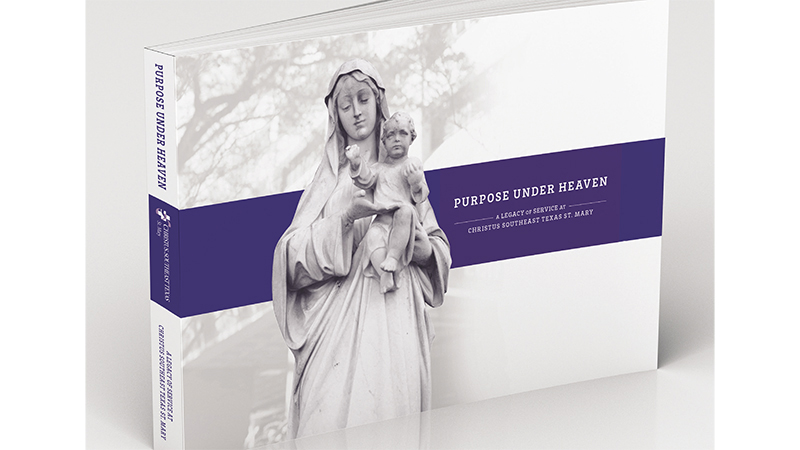 The public has one last chance to buy a book depicting the history of the now closed Christus St. Mary Hospital.

“Purpose Under Heaven: A Legacy of Service at Christus Southeast Texas St. Mary,” is a 135-page, mostly pictorial book that chronicles the nine decades of service at the hospital. You may pick up a copy for $10, cash or check only, at the Christus St. Mary Outpatient Center Mid-County, 8801 Ninth Ave. at FM 365. Proceeds go to benefit Children’s Miracle Network.

Danielle Pardue, marketing and communications director for Christus Southeast Texas Health System, said about 500 books were published initially. Some were sold after the Community Mass and luncheon held last month at St. James Catholic Church and adjacent Kirwen Hall. Another book sale happened three days last week and this is the final chance to grab one of the several hundred left.

“The book talks about advancements and accomplishments of each decade and the story is told mostly through photos,” Pardue said.

The book shows photos from maps from the Texas General Land Office showing an overview of the city with Sabine Lake in the background and pinpointing where the hospital would be built, historical documents outlining the cost of construction to build the hospital, letters from the Young Men’s Business League to Mother Superior asking for a hospital to be built in Port Arthur as well as photos of nurses and physicians, cath labs and surgical suites, obstetrics rooms and patient care photos and newspaper articles from all of the years the hospital was open.

The doors to St. Mary Hospital closed to the public July 18, bringing an end to 89 years of service at the Gates Boulevard location.

Officials announced the closure of the 229-bed facility in early June, saying the hospital’s business model was unsustainable after years of declining numbers for the hospital in general and for inpatient care specifically.

Around 120-130 full- and part-time employees and around 25 on-call workers were affected. In an issued statement, the hospital said it would try to place those workers in the 70-75 open positions in the Christus system. Those who cannot be placed, they said, would be offered other assistance, including severance packages, according to an archive story.