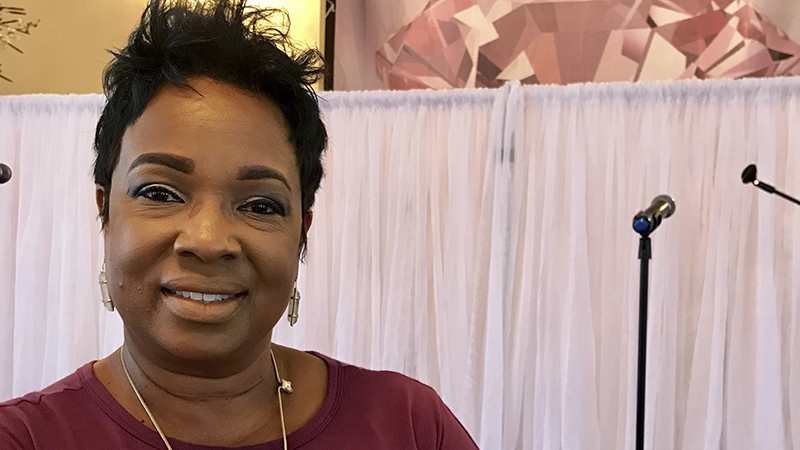 Given options as a younger woman, Charlotte Moses said, she might not have chosen to be a pastor or even a pastor’s wife. She liked her fun, she said this week.

Then God talked with her.

Moses is hosting the Diamond Conference for women at Christian Faith Missionary Baptist Church in Port Arthur this week. It ends Sunday, when she will preach at the church where her husband, the Rev. Albert Moses Jr., is senior pastor and where she serves as executive pastor. The church has hosted the event since 2008.

Moses, who also serves on the Port Arthur City Council, was a secretary and human resources analyst for the city when said she discerned from a series of dreams that she ought to take up the ministry.

The transformation was a slow one. As a 20-year employee at the city of Port Arthur, she used to pray with other employees during work breaks or lunch breaks. Her faith grew, she said, but in which direction should it turn?

She said the last of a series of dreams about childbirth suggested to her God was speaking to her not about birthing children — she is a mother of four — but about birthing a ministry. That was in 2005.

“It was very clear to me that I heard the voice of God calling me into ministry,” she recollected. “I was apprehensive, but I embraced it and followed the call. I was obedient.”

She sought a way to serve women in her ministry and, to that end, attended conferences for women of faith starting in 2006.

She said she felt “compelled as a pastor’s wife” and as someone following God’s direction to start the Diamond Conference. She’s completed formal training — she holds a bachelor’s and master’s — and never looked back.

Nor does the conference look back. Its theme from 2008: “Forward ever, backward — never.”

The conference calls women of all backgrounds. Annually, it honors “women of virtue,” oftentimes women who labor for others in some obscurity, and holds them up as role models.

Moses is a Port Arthur native who lived in El Vista, attended Wheatley Elementary and Thomas Edison and graduated from Thomas Jefferson High, where she ran track.

While the ministry was not her first career choice, she said, it was her best one.