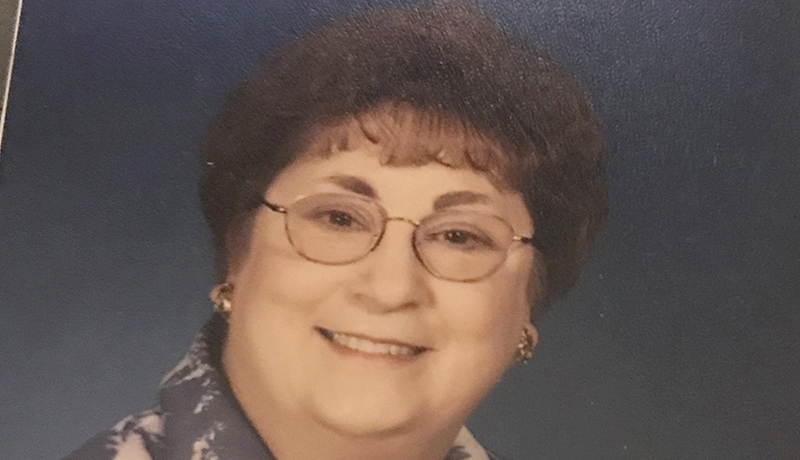 Ellen Katheryn McCorvy Thornton, 72, of Groves passed away into the loving arms of her Lord and Savior on Wednesday, August 7, 2019 at the Medical Center of Southeast Texas in Port Arthur.

She was born to James and Anna McCorvy on Sunday, September 29, 1946 at St. Mary’s Hospital in Port Arthur, TX and resided in Groves all her life.

She is preceded in death by her parents, in laws Jack and Mary Thornton, 3 sister in laws, Cindy and Jeanette Thornton and Faye McCorvy, 2 nephews, James E. McCorvy Jr. and Roy Conway, and 1 great nephew, Blake McCorvy.

Those left to cherish her memory are her husband, Jack Thornton Jr. of Groves, only daughter, Angela Thornton Harper and her husband James, only granddaughter and her namesake, Alyssa Ellen Harper all of Port Neches, and 1 brother, James E. McCorvy Sr. of Orange.

She will also be remembered by many family members, friends, and her Iota Rho sisters.

Ellen was a member of First Baptist Church of Groves and was baptized on May 1, 1957.

Through the years, she let her light shine for the Lord despite all of her many medical battles.

She served alongside Jack as a deacon’s wife in many ministries and witnessed to others from her hospital bed and everywhere she went.

Ellen was a very devoted Christian who loved the Lord tremendously and is walking with Him today.

As a 1965 Port Neches-Groves graduate, she went on to graduate from Lamar University in 1969 with a teaching degree and soon after a master’s degree for a diagnostician.

In 1993, Ellen was inducted into the Iota Rho chapter of Delta Kappa Gamma Society International for being an excellent educator in which she served as many different officers such as President in 2004-2006.

She was able to enjoy remaining a member alongside Angela until her passing.

Ellen was also involved in other organizations such as the Port Neches-Groves PTA, Texas Retired Teachers Association, Mid Jefferson County Retired School Personnel, the Red Hat chapters of Pecan Delites and Claret Chapeaux, and the Friends of Groves Public Library.

When younger, she was the Past Noble Grand of Rebekah Lodge #63.

After being diagnosed with breast cancer in 1996, Ellen became very involved with the Mid County Relay for Life.

For 17 years, she was a team captain and raised hundreds of thousands of dollars to help cancer patients and fund research in helping others beat the disease that Jack and her fought both individually and together as a couple.

Ellen started the first teacher team to participate in Relay which then caused several others to become active in Relay for Life as well.

Of all the accomplishments in her life she was most proud of being called Jack’s wife, Angela’s mother, and Alyssa Ellen’s grandmother.

Ellen received the honor of being named the 2005 Groves Mother of the Year.

She supported them in every endeavor and was really looking forward to being a PN-G drumline Grandma this coming 2019-2020 school year as Alyssa enters high school band.

There was never a time that Ellen missed an event for Angela and Alyssa Ellen and was the most loving wife, mother, and grandmother that anyone could find.

Funeral services will be held at 2PM on Sunday, August 11, 2019 at Levingston Funeral Home in Groves with Dr. Joe Worley and Reverend Charles Miller officiating.

A visitation for family and friends will be held Saturday evening from 5-7 PM at the funeral home.

If so desired, donations in Ellen’s memory may be made to the First Baptist Church of Groves youth group or to the Groves Middle School Library.