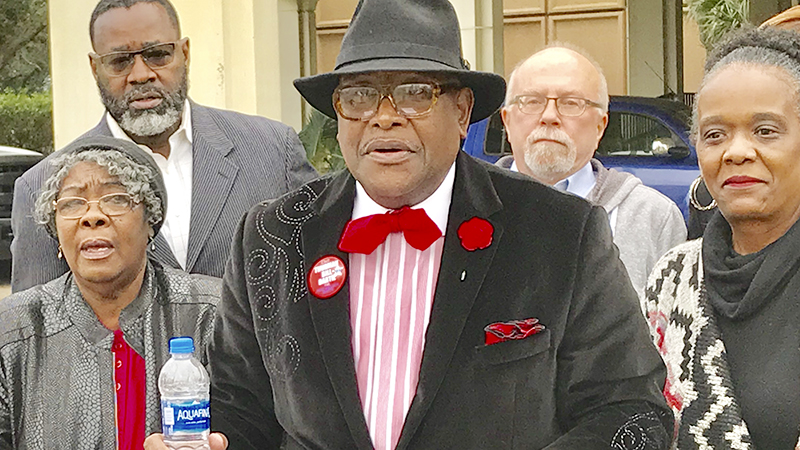 But the new mayor said he’s never met with Tohme, and that discussions about a new city manager, made during an executive session, did not occur the way Vincent might have suggested they did.

Vincent, who ran third among five candidates for mayor in the May 4 General Election, flipped his political support in the June 22 runoff to Bartie, who later defeated former Mayor Derrick Freeman. Vincent has suggested his own political base in Port Acres put Bartie over the top in the runoff vote.

Vincent said “three good councilmembers” were prepared to vote for Tohme as city manager this week — presumably, they were Mayor Pro Tem and District 4 Councilmember Harold Doucet, District 1 Councilmember Raymond Scott and District 8 Councilmember Kaprina Frank — and he implied Bartie, who is a voting council member, should have provided the fourth vote and majority needed to put Tohme into the city manager’s office Monday.

Instead, councilmembers emerged from an executive session Monday and directed interim City Manager Ron Burton to effect an agreement with a private search firm from near Dallas to seek new city manager candidates; the search would cost $24,500.

“That’s political and it’s not what we talked about,” Vincent said in his Facebook Live statement about discussion involving him and Bartie. He later said promoting a search for a new city manager was “not things that were discussed when the platforms was changing” during the campaign.

During the runoff, there was a single, public campaign forum; Bartie suggested at the forum the city needed to find “the right city manager,” but never said specifically who that might be.

Vincent said “if this continues, there is going to be a whole lot of people going to march on City Hall,” adding there were “not enough police officers to stop people” from marching in protest.

As political bedfellows go, Vincent and Bartie were strange ones. Bartie is a pastor, funeral director and longtime substitute teacher, a fixture on the city’s mostly black west side. Vincent, a Port Acres Cajun, came under fire during the campaign for some history of racist comments on his Facebook page. The two found some common ground, though, in their shared opposition to Freeman.

Also this week, Vincent suggested former legislator Carl Parker — he was also the city’s longterm lobbyist — may have influenced the outcome of Monday’s City Council vote. He noted Parker was seated in the front row during Monday’s special meeting.

Parker said Wednesday that while he was there Monday — it was his 85th birthday — he was only there to see the outcome of the meeting.

Tohme was among four finalists for the permanent city manager position when the city conducted its own search in late 2018 and early 2019. Tohme drew three votes to become the city manager, short of the four votes needed.

Port Arthur has been without a permanent city manager since Brian McDougal’s resignation in November 2017.

Tohme, who had served as public works director, was later dismissed this year by interim City Manager Harvey Robinson for what Robinson said were conflicts of interest involving city business and Tohme’s own, private engineering firm.

Section 17-42 of the city code says when employees are dismissed from their jobs, they cannot apply for work again for five years.

Contacted Wednesday, Vincent said he was on a job and couldn’t talk.