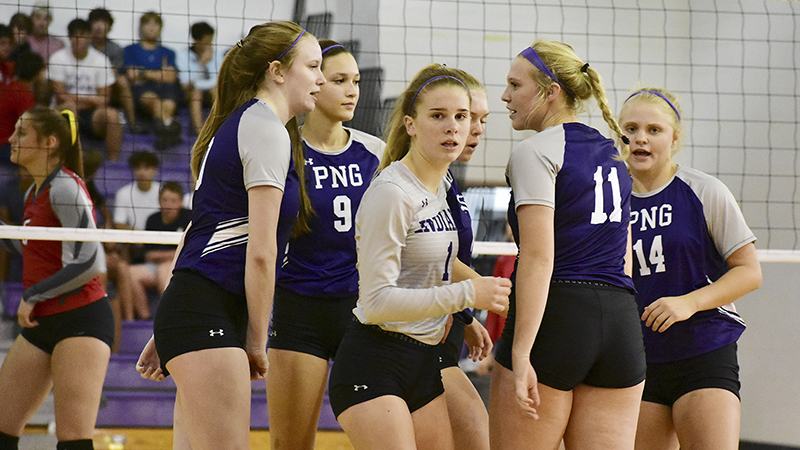 PNG players congratulate one another after a point against Bridge City on Tuesday. (I.C. Murrell/The News) 8-6-19

In less than 24 hours, Brittany Fruge has started her head coaching career 2-0. 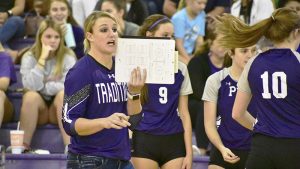 Port Neches-Groves came off a home-opening victory against Bridge City and earned a 25-18, 25-20, 25-20 sweep at Houston Lamar on Wednesday afternoon.

PNG opened its season beating Bridge City 25-14, 25-21, 25-17 Tuesday evening in the first game the Rock-A-Noos were led by a coach other than Barbara Comeaux since 1972. The all-time leader in volleyball wins in Texas with 1,272, Comeaux stepped down as coach last spring but is still girls athletic coordinator and golf coach.

PNG will compete in the Pearland tournament Thursday-Saturday. The next home match will be Aug. 13 against Galveston Ball.