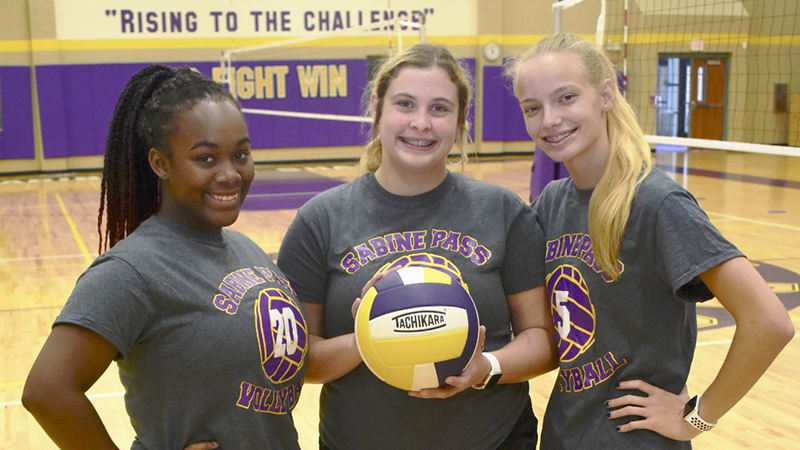 Brooklyn Dixon bought into the message, and the outside hitter seems to sell it with the tone of her voice.

“I feel like, if you have positivity, then it just pumps everybody up,” said Dixon, believed by her peers to be the most positive on the team. “Everyone gets happy, everyone’s muscles start moving and basically you get the goal in your head, like [Joanna Smolsky] said, the playoff goal, and having the little positivity on that side just shows up to yourself and your teammates that we really can do this. We’ve just got to have the most positivity on this team.”

Maybe to no one’s surprise, the message of Thursday’s first full practice of the season was on the power of positive thinking — in fourth-year coach Andie Myers’ own words.

“Leave the bad stuff and the drama out the door,” Myers said, recalling her message. “When you step into the gym, it’s positivity. It’s a unit. You have to do it. If you don’t like that girl across from you on the court, you will. You have to communicate. If we don’t play together and there’s all this animosity, you lose games. You’re playing up and you’re having fun and everybody’s getting along, you know you play 10 times better. Your potential is there.”

Sabine Pass’ 2018 records were not immediately available, but the Sharks finished one victory shy of qualifying for the UIL 2A playoffs. It would have been their second appearance under Myers, whose first team in 2016 won a bi-district playoff.

“We were good at hitting, but we needed to be stronger,” Myers said in recapping 2018. “We had the defense. I will tell you now, my team had the best defense out of the entire district, hands-down. Nobody can tell me different. But we just didn’t get to playoffs, so you don’t see it on [the list of District 24-2A] defensive specialists, MVPs.”

Defense is where the communication Myers insists from her team in 2019 normally begins, but attackers like senior Smolsky take on the responsibility as well.

“During practice, we practice talking,” she said. “There’s always something to say when you’re playing volleyball. Whether it’s ‘short,’ ‘deep,’ ‘high,’ ‘low,’ ‘I got it,’ all of that.”

The Sharks played with a young roster last season, as middle blockers Kayla Dominick and Nevaeh Jones and outside hitter/setter Yainn Zuniga saw playing time as freshmen. Myers hopes now that the freshmen are sophomores, they can combine with the experience of seniors such as defensive specialists Jamesia Jones and Jazmin Castro to finish plays, a quality Myers said was missing last year.

Off the court, the Sharks hope the same on-court chemistry will carry over.

“We can’t have any drama between the girls,” Jones said. “We have to all be united. We have to, or it’s not a goal that everybody’s going to be towards.”

Looking toward Dixon and Smolsky, Jones continued: “Even if y’all don’t like each other, outside of sports, y’all have to be teammates. You got to do it.”

Jones drew no argument from either player.

“This team, looking at it right now, we’re going to go [to the playoffs],” Dixon said. “There’s no reason for us not to. The only thing that stopped us last year was the arguments and not having positivity. We would be losing games, and the team was like, ‘Great.’ You know what I mean? Like, having that [feeling of], ‘Ah, we just lost.’ But instead of having that, we need to have that, ‘Who cares? Who cares we lost this game? Our next game, we’re going to win.’”