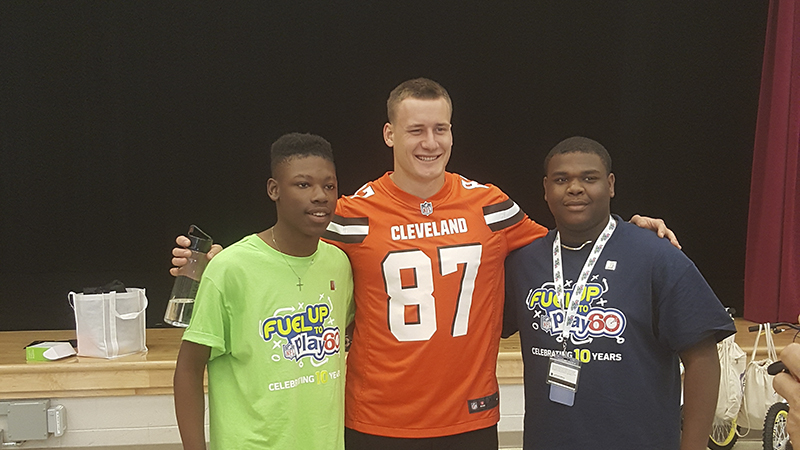 “The program consisted of a group of around 200-300 students, along with ambassadors,” said Melvin Sostand, mathematics teacher and head football and basketball coach at Tekoa. “Tekoa Academy was chosen as the only Southeast Texas school to be invited to participate in this initiative.”

“Fuel Up to Play 60” is a national in-school health and wellness program with a primary focus “to help students meet their wellness goals and encourage youth to consume nutrient-rich foods,” its website says.

“The goal of the program was to promote health and wellness through play and activity, and also team building,” Sostand said. “The students were broken into groups of about 12-14 students from over 45 states. What they did was work on different games that taught them leadership skills, integrity, how to be respectful among one another and centered around the engagement of being able to work together as a collective group.” 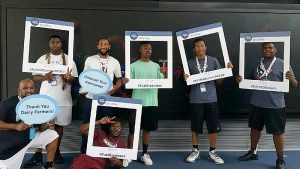 Tekoa Academy students and ambassadors recently attended the “Fuel Up to Play 60” camp, July 16-20 hosted in Cleveland, Ohio. The NFL and National Dairy Council sponsored the event where students learned about teamwork and health and wellness. (Courtesy photo)

The event was also sponsored through the National Dairy Council. Sostand said the dairy part helped in promoting the significance of milk for the body.

“They were able to go to a dairy farm about 30 miles outside of the city where they were able to interact with different cows at an actual farm,” he said. “It showed them how their community and how their state promoted healthy living through drinking milk.”

The four-day camp was hosted in Cleveland, Ohio at FirstEnergy Stadium for the Cleveland Browns. Students and staff were accommodated in dorms at Case Western Reserve University.

The five seniors who participated in the program included those who were on the 7-on-7 football program at Tekoa, as well as outstanding students and classroom leaders.

Carlisle said it was a great opportunity to see behind the scenes and give back to the Cleveland community.

“Being inside the actual organization, I got to meet a lot of different people from outside states and we all connected really quick,” he said. “The opportunity really opened my eyes to what I know and what I don’t know.

“We also went to a nearby school and helped out the kids who didn’t have enough food and stuff to eat. We gave away bikes. We helped out kids with the posters and played flag football with them. It was great to be able to help out these kids who were less fortunate, who we could relate to.”

Bailey said the experience really helped him build and work on his character. 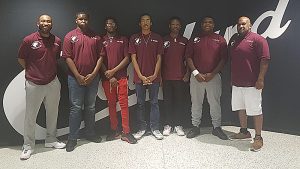 “I saw a lot of things that I didn’t know a lot about,” he said, “such as nutrition, knowing how to drink plenty of water to stay healthy. I also got to interview with an NFL Hall of Fame commissioner (David Baker); it was a great time having a talk with him. We did a lot of great activities and it will help throughout the long run.”

Malcolm Sadler said his favorite part was being able to go outside of Texas and experience new places.

“It was really fun,” he said. “We never got to really do something like that before. We got to meet different people, football players and mascots from different teams. We did field activities and it was just a nice experience for us.”

Sostand said the whole experience opened their eyes as a team and administration and they hope to kick start their own mini camp at Tekoa Academy modeled after the “Fuel Up to Play 60” event.

Tekoa also paired with Cradle to Career 360 and the HUD STEM innovation network.