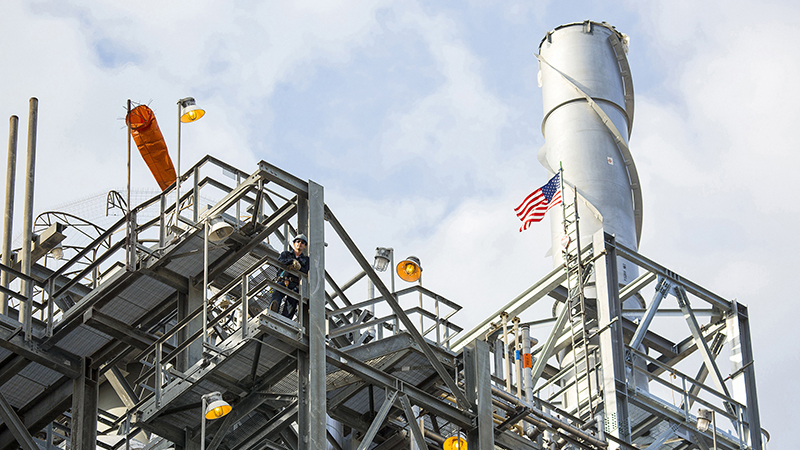 The Texas Commission on Environmental Quality has imposed a $15,000 fine on BASF Total in Port Arthur for violations of the state’s Health and Safety Code and Water Code.

Case records released Wednesday reveal that BASF Total, located at FM 366 and Highway 73, was accused of releasing 49,161.32 pounds of “volatile organic compounds” and 12,408.36 pounds of carbon monoxide from its flare system during what the TCEQ described as an “avoidable emissions event.”

Documents say the event occurred “when the uninterruptible power source was switched from bypass to normal load, interrupting power to the Process Logic Controls and causing multiple compressors to trip offline, resulting in flaring.”

The incident occurred Feb. 14, 2018, and lasted 42 hours, TCEQ records show. The incident was revealed during a records check on April 19, 2018. The company denied all allegations but paid $6,000 of the fine quickly enough that an additional $3,000 was forgiven.

In addition to the fine, the company agreed to a Supplemental Environmental Project, through which $6,000 of the fine was diverted to the West Port Arthur Energy Efficiency Program-Lighthouse Program Project. The $6,000 will be used to hire a contractor to inspect homes to determine if they are suitable and qualified for weatherization and energy efficiency upgrades. If the work is completed, the contractor will inspect the home afterwards.

Homes inspected must meet certain requirements, including they must be occupied by an owner and meet standards for low income. Additionally, the roofs and foundations must be in good order.

The settlement suggests the SUP benefits clean air by reducing residential fuel and electricity usage for heating and cooling. Past energy audits, the documents suggest, can reduce energy use.

Under terms of the agreement, BASF Total in any public statements about the SUP, must say the work was done as part of a TCEQ enforcement action.

In other TCEQ decisions: