Do you know this car? Police think Altima linked to killing 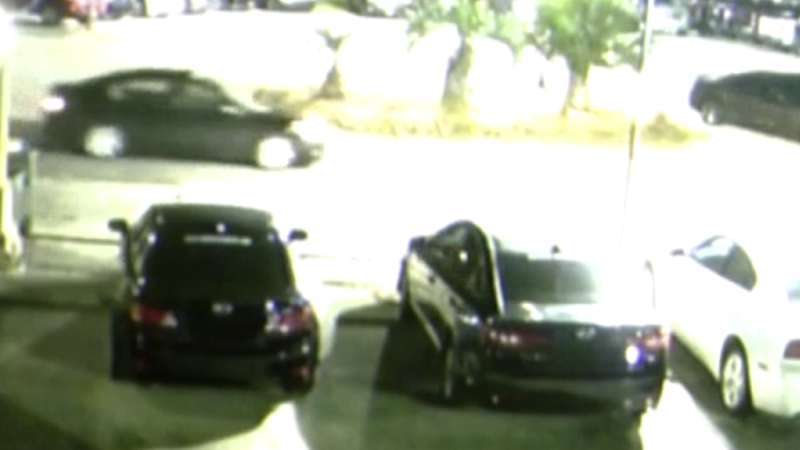 A screen shot from a Crime Stoppers video shows a black 2012 Nisson Altima moving to the right of the screen. Police believe the vehicle was involved in the July 19 capital murder of Joel Lopez Martinez. (Courtesy photo)

“Investigators know that a 2012 Nissan Altima, black in color, with paper tags was seen leaving the area moments after the homicide and the vehicle was occupied by at least two male blacks,” Port Arthur Police Det. Mike Hebert said. “Investigators also know this vehicle frequents the Stonegate Apartments located at 4131 Turtle Creek Drive.”

Early reports showed the call came in initially as a possible drive-by shooting but was later discerned to be an armed robbery. Police at the scene were told two men approached a man at the back of a residence and demanded money. Another man came outside the home and was also confronted.

During the altercation the man that was first confronted — Martinez — was shot while trying to flee and the other man who had stepped outside the home was struck with a pistol and suffered non-life threatening injuries.

Martinez was brought to a local hospital, where he died.

Persons with information about the killing or who the person or persons who operate the above mentioned 2012 Nissan Altima are asked to call Crime Stoppers at 833-TIPS. You don’t have to give your name and you could be eligible for a cash reward.