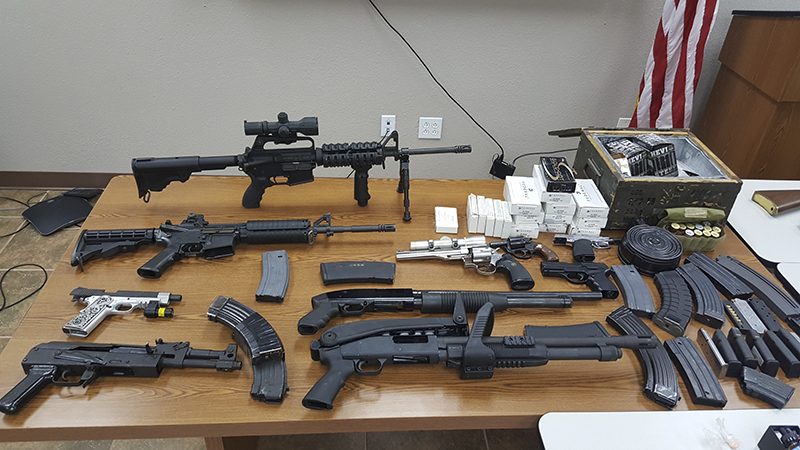 Local and federal law enforcement agencies raided a home on Wednesday in the 4100 block of Charlotte Drive where five people were taken into custody and numerous weapons were confiscated, as well as drugs. (Mary Meaux/The News)

Police raided a Port Arthur home Wednesday night where more than 15 weapons, drugs and a police protective vest were found.

PAPD Chief Tim Duriso said five people were taken into custody and some juveniles were released to their parents.

Duriso didn’t give the specific reason for the raid but said at least one of the guns confiscated was reported stolen out of Jefferson County, and what they believe to be cocaine was also confiscated.

Police will run the protective vest’s serial numbers to see if it had been stolen.

“We’re not sure if it was taken out of a vehicle or a house or stolen at all,” Duriso said, adding the vest may have been purchased somewhere.

The investigation has been ongoing for a while, he added.

Duriso suspects there will be more arrests coming out of the raid, and they will file some cases with the Jefferson County District Attorney’s Office to see if the federal authorities will accept charges as well.