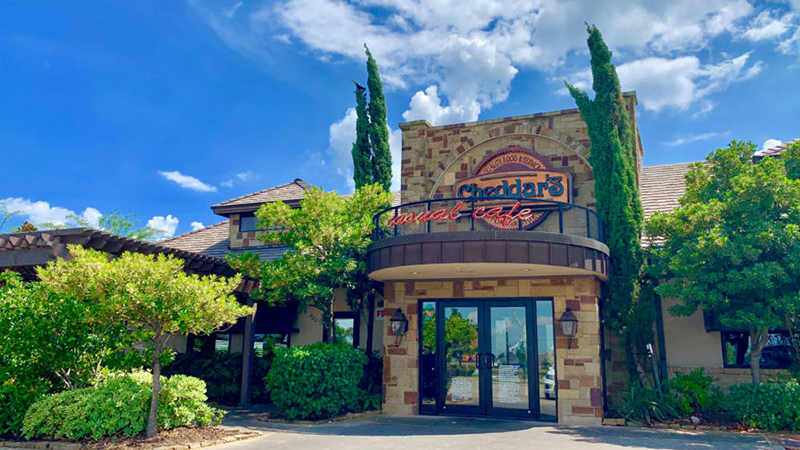 The local owners of a regional Cheddar’s Scratch Kitchen franchise have decided to sell their restaurants.

Darden Restaurants, which owns Cheddar’s and other restaurant chains such as Olive Garden and Longhorn Steakhouse, have agreed to buy the five Cheddar’s locations formerly operated by WOW Food Concepts LLC, including the location at 8005 Memorial Blvd. in Port Arthur, according to a news release.

WOW Food Concepts Chairman and CEO Allen Perkins said the deal was closed Monday and neither WOW nor Darden would disclose the financial details of the deal.

Perkins, a native of Port Arthur who lives in Beaumont, has also been assured all current employees at Cheddar’s will be able to keep their jobs.

“I was very happy with what [Darden] was going to do with all of our employees,” Perkins said. “They gave them all of their tenure and were willing to take care of each and every one of them to my satisfaction. It just all came together as good timing for everybody.”

The five Cheddar’s locations will be closed until 4 p.m. Thursday to allow Darden to install new sales software.

Perkins expects the menu and guests’ experiences will not change, at least for the near future, though Darden won’t stay idle with the restaurants forever.

“I think that the restaurants will continue to improve,” Perkins said. “There will be additional new menu items. Over time there will be continued upgrades to the facility, kind of like what we’ve been doing for the past 21 years. Our values are aligned.”

Perkins and Jenkinson are also looking forward to a project coming up in the near future, though the details are not ready yet.

“I would just like to thank all of our guests from the bottom of my heart for all of their support for the Cheddar’s in Port Arthur. We were very fortunate to be able to stay in that location for many years,” Perkins said. “I’m very happy to have been part of the community again.”