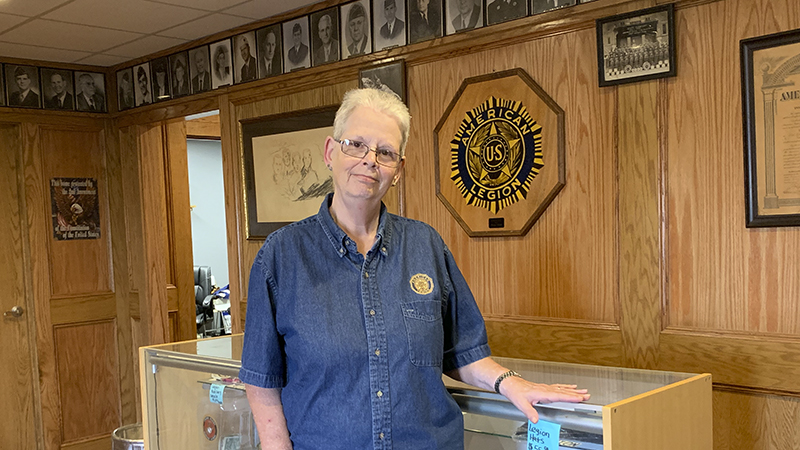 When Cindy Clary served as a medic in the Air Force decades ago, her only goal was to help people.

Today, she sits as the first elected female commander for American Legion Post 7 with the same goal in mind. Only this time it isn’t the freshly wounded coming in on stretchers, but the wounded who have long since served their country and done their duty.

“American Legion is an organization that helps veterans,” Clary said. “We do other things in the community, like taking care of the hospital in Houston for the children in the burn center. We do Easter baskets and take them stuff like that throughout the year. But, basically we are here to serve our veterans.”

The American Legion Post 7 is a veterans organization in Port Arthur that allows vets from the community to have access to connections, services and camaraderie.

“We do a meal on Sundays where the vets can come up here and eat,” Clary said. “We help the community when they need flag bearers for parades or anything. We may not be able to give anyone money, but what we do is find somewhere that can help them with what they need. If it’s something we can’t do, than we will find someone who can.”

“I can’t put into words what this means to me,” she said. “I always wanted to be commander. I came in five years ago and I was told, ‘No, you can’t be commander. You’re not ready.’ So, I was the historian and then the adjutant (a military appointment given to an officer who assists the commanding officer with unit administration). This year, I said ‘This is our 100th year, so I’m going to run for commander.’ So, I ran and I got it.”

Only one other female has been commander of Post 7 since its establishment in 1920, but she was appointed — not elected.

“It means a lot to me and for it to be our 100th year is just amazing, and our group has really taken me in and has been treating me as an equal,”Clary said. “That’s all I can ask.”

She feels the only way to continue the organization is to put the interest out there.

Clary remembers when she first heard about the American Legion and hopes to instill that same level of fascination in younger members.

“It fascinated me,” she said. “It was an honor. People look up and you say you’re in the American Legion and they either say, ‘What is it? Or ‘Oh man, that’s a great place.’ It just fascinated me and it was something that I wanted to do from the time I went in service to the time I got out.”

As a Port Arthur resident since 1978, Clary said she has seen Post 7 members change from uneasy acquaintances to becoming more like a family.

“We have three or four different groups that meet here and we’re all like a family instead of a group,” she said. “If you need something, you can knock on the door and we will find a way to do it.”

For more information on American Legion, visit their website at https://www.legion.org/. To speak with office members of Post 7 or if you find yourself in need of their services call 409-983-6931.