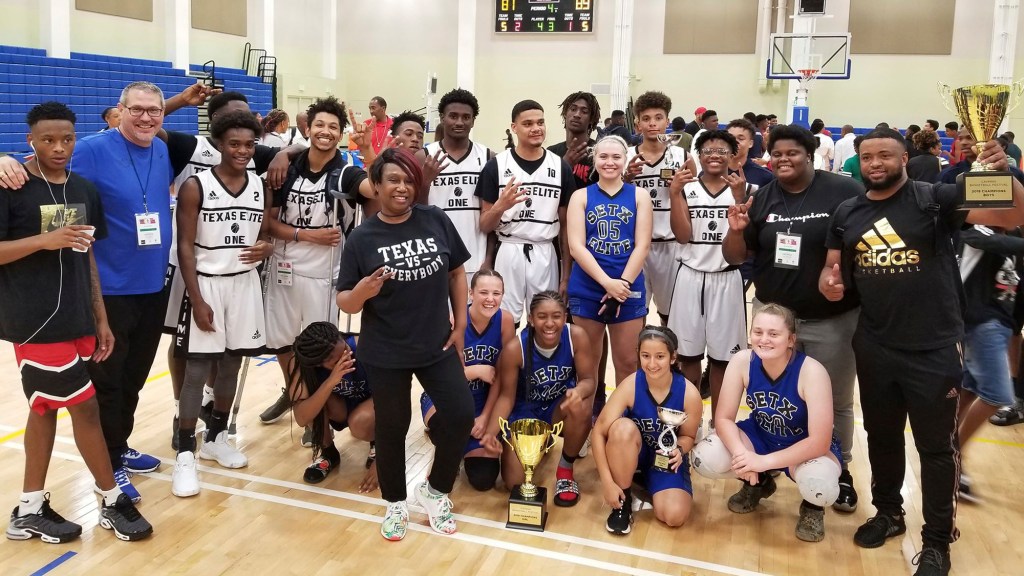 The Texas Elite One and Southeast Texas Elite teams, both based in Port Arthur, celebrate their Cayman Sports Festival championships. (Courtesy photo) 7-20-19

The Cayman Sports Festival that was Wanda Bodden’s vision finally took off.

Teams from Texas and two island territories competed in a series of basketball games featuring high school boys and girls, and Bodden said the event “went beyond” what she imagined.

“It went beyond because what I didn’t know was, it was like two years in the negotiations … it bottomed out and it didn’t happen then, and all of a sudden, God told me to revisit the vision. I did that,” said Bodden, a Port Arthur resident who pastors Church of the Overflow in Groves. “I presented it to a new host of people, basically [Cayman Islands director of sports Collin] Anglin. He bought into it.” 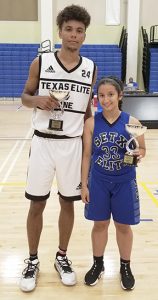 The round-robin event, pitting teams from Texas, Cayman Islands and Bermuda, was held June 18-20 at John Gray High School in the Cayman capital of George Town. Trinidad and Tobago pulled out of the festival at the last minute, Bodden said, meaning every team played each opponent twice.

Texas Elite One, coached by Michael L. Hogg, won the boys team title after tying Cayman with identical 3-1 records, and the Southeast Texas Elite, led by Jack Smith and Nekia Jones, swept a three-game series with Cayman. (Bermuda did not field a girls team.) FIBA rules call for point differential to determine the champion if there is a tie for first in standings, so Texas Elite One was awarded its title because Cayman’s 89-81 win on the last day was not greater than its 74-64 loss on the first day. 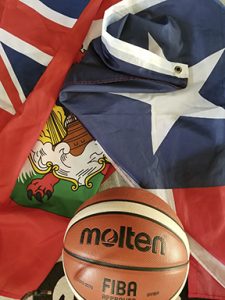 The flags of Bermuda and Texas with a basketball. (Courtesy photo) 7-20-19

“I liked the overall atmosphere,” Anglin said. “The level of competition was good, especially between Cayman and Texas. The games were exciting. They were a lot of fun to watch.”

The goal of the festival was for the youths to be introduced to cultures of other participating territories. Port Arthur and the Cayman Islands — a British territory which includes Grand Cayman, Cayman Brac and Little Cayman — have “sister city ties” dating back to 1983, according to Bodden.

Those who witnessed the basketball games were introduced to some Texas passion for basketball.

“They weren’t used to the loud, rowdy noise that Texans bring at games,” Bodden said. “They kind of get British on you, so it’s like, ‘Good game, Joshua!’ We’re like, ‘Go! Dunk the ball!’ and they’re like, ‘What is this undignified …? I thought this lady was a pastor.’

Kassandra Chavez of Nederland earned series MVP honors after leading the Southeast Texas Elite to 59-48, 67-66 and 65-53 wins over Cayman. Chavez averaged 20.3 points, 8.3 rebounds and 3.3 assists per game, while Harleigh Rawls added 15.3 points and 9.7 rebounds and Ashton Reynolds 12.3 points and 9.3 rebounds.

Bodden and other supporters of the Texas teams had plenty to cheer about, not that Cayman fans weren’t.

“You know what [Cayman fans] told me? ‘Our adults and our people over here hadn’t screamed like that until you started doing it, so it got the crowd motivated,’” Bodden said. “’Well, we’ve got to outdo them because our kids are playing.’ So it was like a back-and-forth challenge, and we were all friends in the end.”