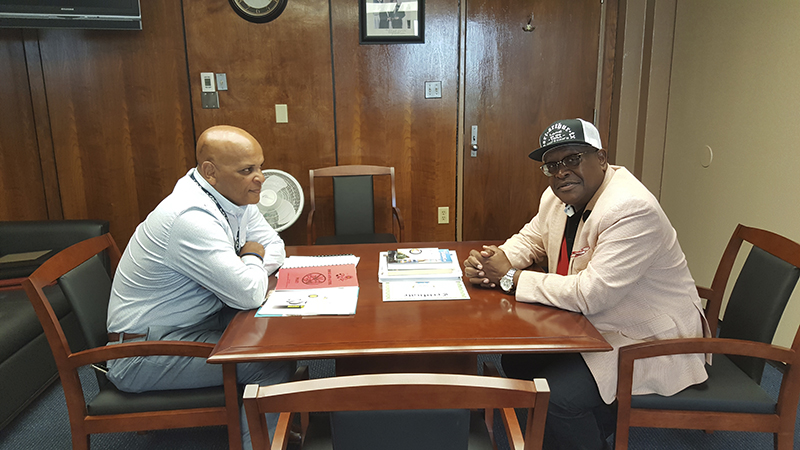 Port Arthur Mayor Thurman Bartie is asking the public to be vigilant if they see or know about something suspicious as police continue their investigation into the July 19 homicide of Joel Lopez Martinez.

On Thursday, the Port Arthur Police Department asked for the public’s help in locating 23-year-old Kianna Kincade, listed as a person of interest in the crime. Media was alerted on Friday that Kincade had been located.

Det. Sadie Guedry said Kincade voluntarily came to the station and made a statement and left. She was not arrested or placed in police custody.

Guedry could not elaborate on the issue, as the investigation is ongoing.

Martinez was shot and killed during a robbery at a home in the 3200 block of 18th Street.

The recent robbery/homicide was one of several violent crimes that took place over the week in the city.

“I think we are dealing with a rash of crimes that are happening in our sister cities and I think around the country. It’s not something I would wish upon a community yet they are occurring,” Bartie said from his office in city hall.

He asked Port Arthur residents to be vigilant when they see crimes occurring — and sometimes people know when something will happen. That’s when they need to let the police know.

“The police can’t be everywhere. We have to be the eyes for the police, so to speak. Let them know, ‘hey, something is going down in my neighborhood, getting ready to happen. I’m watching some activity that doesn’t seem right, can you send someone to the scene and check it out,’” he said.

This, Bartie said, could save a life.

Bartie spoke about a recent drive-by shooting in a normally quiet El Vista neighborhood that left a 4-year-old boy with a gunshot wound to his back. He did not mince words when speaking about the perpetrator or perpetrators; “if you’re man enough to pull it off, be man enough to stand up to it and the D.A. may have a little mercy on you, to pull such a foolish, senseless act. Come and turn yourself in on it and he may take some time off you.”

Bartie said he would rather see the gunman or gunmen turn themselves in then have that person do the same crime elsewhere and come upon someone else who is armed — that, he said, could turn into a full out war with innocent people in the line of fire.

Bartie also gave his word to PAPD Chief Tim Duriso, who was also in the mayor’s office, to provide what he could to the department in order for peace.

Duriso, who took over the department last August, is busy adding officers to the police force. In addition, detectives have been following leads, speaking with informants on the streets and working through Crime Stoppers and citizens’ groups.

The department’s former narcotics unit is now a narcotics and guns unit as they two go hand in hand.