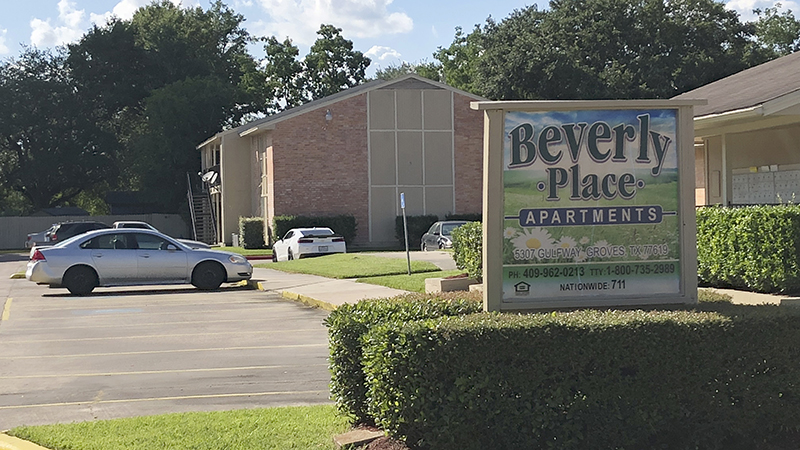 GROVES — A 6-year-old boy is recovering from a gunshot wound after a gunman fired at least 21 rounds into an apartment in Groves last week.

“Someone shot as many as 21 rounds into the apartment through the window and front door,” Reynolds said.

The weapon was likely a semi-automatic rifle.

The boy was sleeping on the couch when the shooting occurred. He was brought by ambulance to St. Elizabeth Hospital in Beaumont for treatment and has since been released from the hospital. The child suffered one gunshot wound.

The apartment was full at the time of the shooting — five children and two adults were inside.

The Groves shooting occurred before the July 24 drive-by shooting that left a 4-year-old boy with a gunshot wound to the back in the 5600 block of Grant Avenue in neighboring Port Arthur. Upwards of a dozen shots were fired into the home that had seven people inside.

And while there are some similarities in the crimes — both had multiple shots fired, both had one person injured and both had a houseful of people — police do not believe the crimes are related.

“We are not seeing a connection with the Port Arthur shooting,” Reynolds said.

Persons with information about the Groves shooting can call the police department at 409-962-0244 and ask to speak with an investigator or officer.