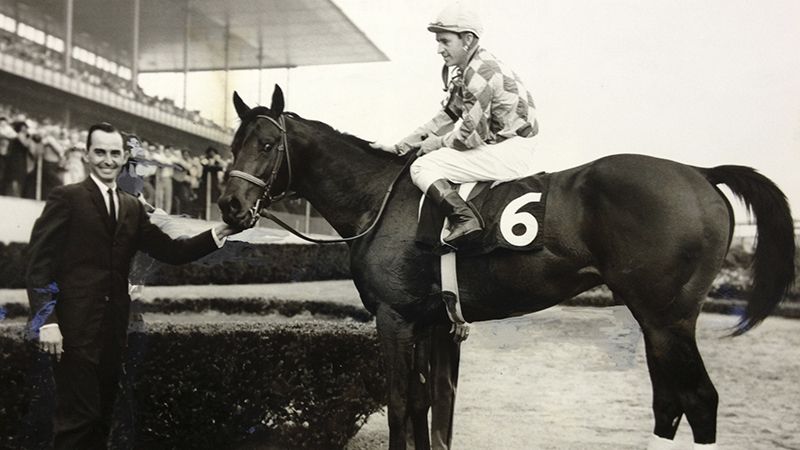 Jimmy Picou, at left in this undated photo, trained a number of stakes winners in a 45-year career. (Courtesy photo)

He was a resident of Cooper City, Florida, at the time of his death.

Picou and his brother Clarence, who died in November 1998, were born as two of 16 children to Talton and Adelaide Picou in Port Arthur and raised in the LaBelle community.

Clarence Picou was the leading apprentice rider in 1948, according to Clarence’s daughter, Suzie Picou-Oldham, and became a trainer for more than 30 years, earning a win in the Grade 1 Super Derby at Louisiana Downs. 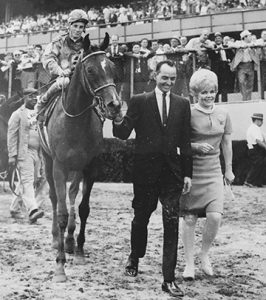 Jimmy Picou and his wife Helen walk with a horse in this undated photo. (Courtesy photo)

“He brought himself up from very modest beginnings,” Picou-Oldham said. “He made himself a name with the most elite part of the thoroughbred industry. The thing everyone would say about him was he was congenial, a good horse trainer and a gentleman. He was well liked. His wife Helen was by his side all the time.”

Picou’s survivors include son Jim Picou and daughters Deborah Markowski and Lisa Picou. The three grew up following their father and enjoying life on the backstretch and at the races, Picou-Oldham said.

Arrangements for a family celebration of life will be planned at a later date.