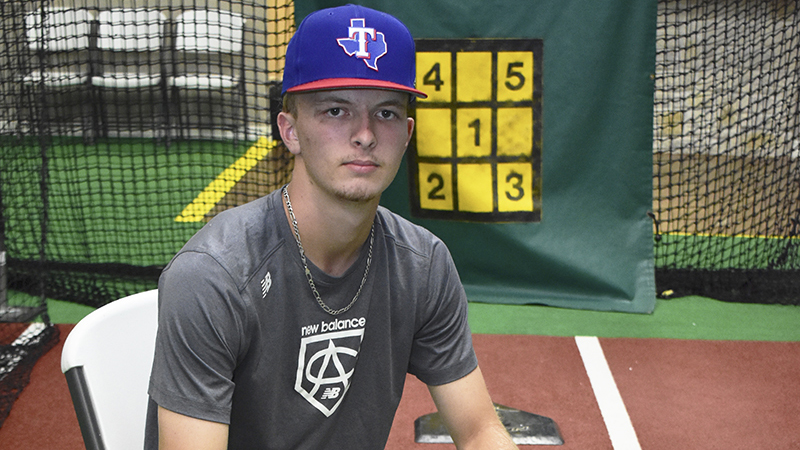 PORT NECHES — Drake Varnado did something as a freshman at Port Neches-Groves that no other player in Scott Carter’s coaching career had done. 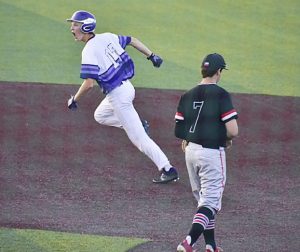 “I’ve been coaching for 32 years, and he’s the first freshman on Day 1 I ever had throw 90 mph from the outfield and 90 across the diamond, and he did that as a freshman,” Carter said. “He’s probably throwing harder now.”

That’s big-league speed for someone likely to be drafted early by a Major League Baseball franchise in 2021.

Two years into high school, Varnado not only has made a select national showcase, but he’ll suit up for the reigning USA TODAY national championship program at IMG Academy. The Bradenton, Florida-based boarding school will be Varnado’s third high school in as many years, as Varnado competed this past spring at Kelly Catholic.

“This area is blessed with a lot of natural athletes, and we just wanted to find the best program that was for Drake and for his goals in life,” Varnado’s father Lloyd said, asked about Drake’s high school journey. “When IMG Academy selected us, we know they’re one of the finest academies in the U.S. They asked us to come be on their national team.”

Already committed to South Carolina as a freshman, the 6-foot-2, 175-pound shortstop and his father learned about IMG after meeting one of its coaches at a travel-ball tournament last fall. Lloyd Varnado said the coach asked him about Drake going to IMG for the spring of 2019, but they declined and remained committed to Kelly. Drake finished the season batting .286 with two home runs and a .983 fielding percentage.

“We play a lot in the fall down in Florida,” said Drake Varnado, who now plays travel ball with the Louisiana Knights. “We saw that one of their teams was playing in it. Me and my dad just talked to their coach, and we kind of started to develop a relationship. They advised us to come on a visit and walked us through the whole process.”

Relationships with coaches are mainly what prompted Drake to de-commit from South Carolina. The earliest Drake can sign with a college and make a commitment binding is the fall of 2020.

“I felt like I made a decision when I was young, and I didn’t understand the importance of playing in front of my family and some of my friends,” Drake said. “I want to feel comfortable around the coaches.

“I get to see them once a year, face to face, and it’s kind of hard to develop that relationship and be comfortable around them for the next three to four years. I just want to give my parents an opportunity to come see me as much as they want and they can, especially since I’ll be in Florida for the next two years.”

Speaking of that, Lloyd said he handled Drake’s decision to go to IMG differently from his mother, whom Lloyd said just wanted to make sure Drake is ready for life away from home as a junior.

Drake took off Wednesday to join his teammates on a Texas Rangers-sponsored team of underclassmen who will head to Compton, California, for the three-day Area Code Baseball Underclass showcase that begins Aug. 10. The showcase includes the top 150 players in the classes of 2021 and 2022 and will welcome scouts from all 30 MLB teams and top NCAA coaches. The games are free for athletes to attend.

The Oakland Athletics, Milwaukee Brewers, Washington Nationals, New York Yankees and Chicago White Sox are also sponsoring regional teams for the showcase. Drake is the only Jefferson County resident on the Rangers’ Area Code roster. Lloyd said that their advisers, an agency known as Title Sports Group, predict Drake will be selected in the top five rounds of the 2021 MLB draft.

Maybe the New York Yankees, whom Drake dreamed of playing as a toddler, will come calling.

“Three years old, YMCA, Mid-County, Nederland,” Lloyd recalled, looking at Drake. “You told me right off the bat, ‘Dad, I want to be a New York Yankee.’ Three years old. I said, ‘Well, let’s go.’ We had fun, and now it’s gotten a lot more serious.”

At PNG, Drake played catcher. At Kelly, he was a shortstop. Whether he indeed heads to college or the pros in 2021, he’s likely to find a position playing at a high level.

**CLARIFIES that Varnado was the first freshman on the first day of practice under Scott Carter to throw 90 mph across the diamond and from the outfield. CORRECTS that Varnado is uncommitted, although he is considering LSU, among others.**