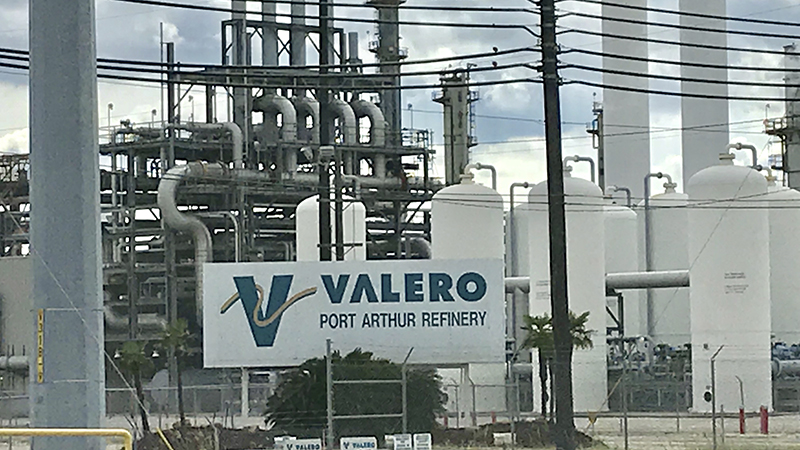 An environmentalist who’s among those pressing a lawsuit against Valero Port Arthur Refinery says he’s hopeful the Texas’ attorney general will press the case with vigor.

Luke Metzger of Environment Texas and others announced May 22 they’d sue the local refinery, one of America’s largest, over more than 600 violations they say Valero has made since 2014. The complaints include exceeding permitted emissions as well as flaring violations. Valero violated state and federal law, the complaint contends.

Josh Kratka, senior attorney for the National Environmental Law Center, represents the environmental groups. He said in an issued statement this week that Attorney General Ken Paxton and the Texas Commission on Environmental Quality “have to prove they’re up to the challenge of diligently prosecuting Valero’s violations.”

In its complaint filed Friday, the attorney general said Valero, located at 1801 Gulfway Drive, has violated air emissions limits and Texas’ clean water code through violations at the plant. The refinery has operated at that site since 1901.

The suit says TCEQ and the Environmental Protection Agency have issued orders against Valero but, “Defendants’ poor operational, maintenance, and design practices continue to cause emissions events and unauthorized emissions of air contaminants from the Refinery into the environment.” The company has violated state and federal regulations, the suit says.

“We are aware of the enforcement action filed by the Texas Attorney General. Valero is committed to working cooperatively with the TCEQ and Attorney General to resolve the State of Texas’ enforcement concerns,” the company said in an issued statement. “Valero takes compliance seriously and has made substantial strides in reducing emissions from the Port Arthur Refinery.

“While Valero has experienced occasional flaring events like all refineries, overall emissions from the refinery have gone down 72% since 2002. We would also note that unauthorized emissions have been reduced 96% during that same time period.

The complaint asks that a certified environmental auditor be hired to help with the case. It also asks for appropriate civil penalties and for the defendant to pay attorney fees.

Metzger said it could take months until there is a clear indication the legal effort against Valero is successful — until the case goes to trial or reaches a settlement.

“I hope they will do a root cause analysis of the problems,” he said.

TCEQ, which is represented by the AG’s office, declined comment.