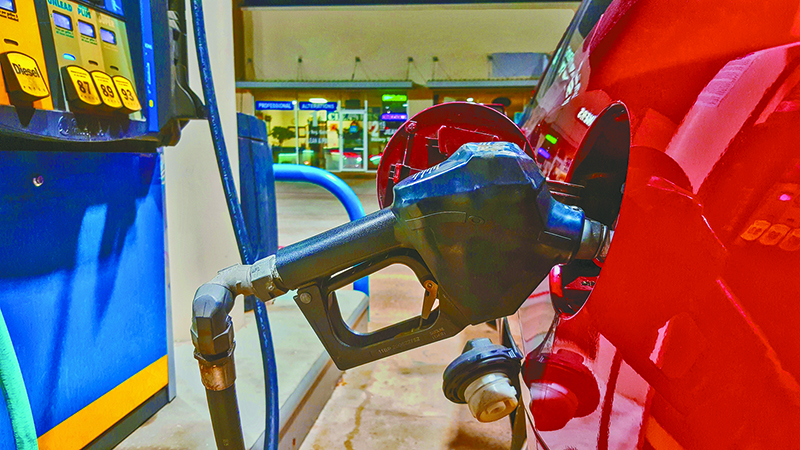 Blame it on the “Big D” — and that means Dallas.

In Jefferson County, the average price on Monday morning was $2.48.

“Texas prices rose on average due to a decent-sized hike in Dallas and Fort Worth — two cities that both see prices ‘cycle’ — that is, they fall until stations lose money, then hike way up,” Patrick DeHaan, a petroleum analyst for GasBuddy, told The Port Arthur News in an email. “Both areas were up 9 cents per gallon vs. a week ago, pulling Texas’ average higher as well.

“I expect that this week the Texas average will move more in line with the national movement.”

In Port Arthur, Murphy USA at $2.35 a gallon had the lowest price Monday morning. Raceway was selling at $2.40 a gallon.

DeHaan said, “Oil largely ignored Iran’s attempt to make waves in the Strait of Hormuz last Friday but we may see some impacts in the week ahead, though over the weekend some behind the scenes signs emerged that some parties were trying to de-escalate the rising tensions. Motorists will likely face a mixed bag at the pump in the week ahead.