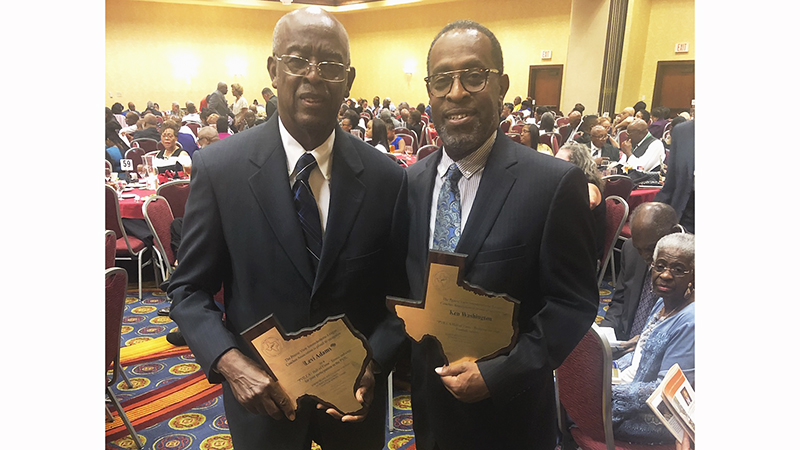 Adams was a 1953 tennis doubles and 1955 singles state champion, and Washington, who went 30-4-1 as Lincoln’s starting quarterback from 1971-73, received a “Bridging the Gap” honor as an alumnus of a school that either was transitioning or had just transitioned from the PVIL to the University Interscholastic League at the time of graduation. (The UIL began integration seven years before Washington graduated.)