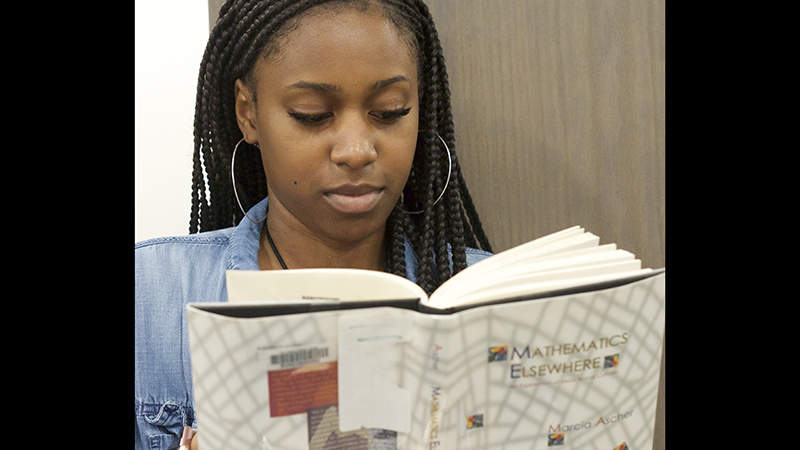 Tyrann Albert may have odds stacked against her. Female. Young. African American. Engineer. These are just a few words to describe who she is and what she hopes to become, but to her those words become an empowerment — not a drawback.

Albert graduated from Port Arthur Memorial High School in 2016 at the top of her class with her sights set on being an electrical engineer, a plan that slightly changed when she started at Lamar University the following fall.

Albert said while being an engineer was always at the forefront of her mind, there was a brief period where she wanted to work in the medical field.

“At first I wanted to be a pediatrician, but then I took a class in high school and saw that healthcare just wasn’t for me,” she said. “I’ve just always really liked math and science, but it took me until my junior year in high school to realize it. I had a teacher (Ms. Yates) that changed my mind about math and I fell in love with it after that.”

Ms. Yates, who helped challenge Albert, led her to the initial path of becoming an engineer.

“She was just a really good teacher,”Albert said. “She pushed me to actually like math instead of thinking of it as so hard and difficult.”

After deciding to become an engineer, Albert said the transition from electrical to industrial was the next big step.

“I like the fact that industrial is a critical thinking type of engineering,” she said. “It makes things more efficient. That’s the part that I like most about it. I’ve already taken most of my math classes like calculus, but right now I’m getting ready to take differential equations, statics, dynamics and statistics next semester. So far I like it better since I switched from electrical to industrial last semester.”

Albert said her favorite and most challenging classes so far has been Physics I and II.

“University physics was kind of hard, but once I actually got the hang of it, studied the material and got help from professors I started to really like it,” she said. “I took Physics II last semester and for the first half of that class I was so lost, but I got it together.”

Outside of classes, Albert likes to crochet, is a member of the National Society of Black Engineers, works part time at the Port Arthur Public Library and mentors in a program called Nakid, which strives to empower young females in self-love, self-worth and confidence in the Port Arthur community.

Albert said while she hasn’t personally experienced any hardships as a young, female African American and aspiring engineer, she knows it’s coming and is prepared.

“I’m a black female and that’s just how it is,” she said. “Especially with engineers, in most of my classes there are mostly white males. But I can overcome all that.”

Albert said she hopes to be a traveling engineer upon graduation in spring 2021.

“I was just looking at some jobs that I could do and I read an article that said that communication between patients and doctors in health care is not good — industrial engineers can help with that,” she said. “I found that interesting because I didn’t know that industrial engineers could do that. They make things more efficient and roll smoother so that has a lot to do with it — that’s what I want to help do in the future.”