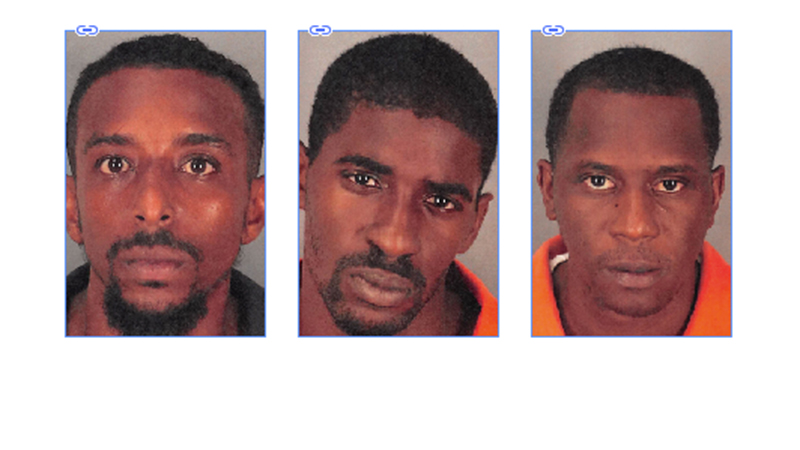 The suspects are Timothy Lewis, 33, of Winnie; Caleb Broussard, 26, of Houston; and Jordan Spiller, 28, of Beaumont, according to a news release from PAPD.

Police received a 911 call around 10:52 p.m. Monday of a burglary in progress at Turtle Creek Apartments, 3500 Turtle Creek Drive. The victim approached an apartment and after knocking on the door was forced inside at gunpoint.

The female tenant was hiding inside the apartment and was relaying information to the 911 dispatch as the break-in occurred.

The male victim was ordered to lay face down on the floor while the robbers removed property from the apartment. As officers arrived on scene, two people fled on foot and were immediately apprehended.

A third man was seen attempting to flee the complex at a high rate of speed in a gray Mazda car and was also taken into custody by PAPD patrol officers.

In acknowledging violent crime has spiked early this week, PAPD officials said they are looking into any potential connection between the three suspects arrested for the home invasion and a recent drive-by shooting that took place the same night on Jimmy Johnson Boulevard.

Police stress their investigation is ongoing and includes communication with other law enforcement agencies.