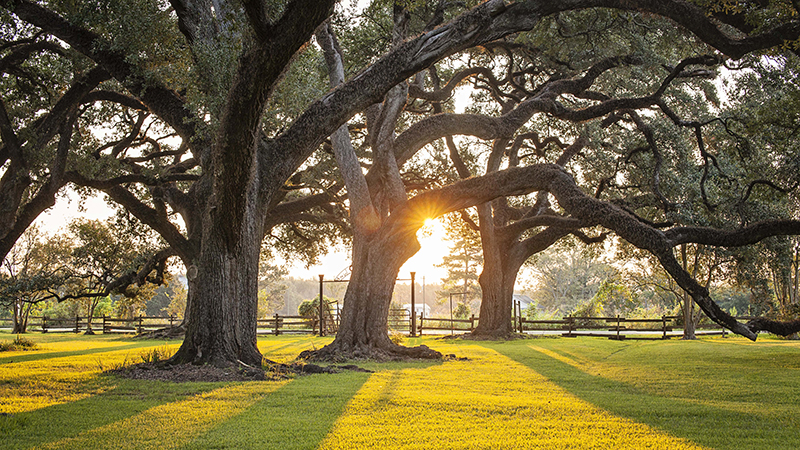 Natchitoches, Louisiana, is older than you, older than independent Texas, older than the U.S. and predated France’s transfer of Louisiana to Spanish rule. In a word: Old.

The city dates itself back to 1714 and Louis Juchereau de St. Denis, a heroic French-Canadian who oversaw a fort — Fort St. Jean Baptiste — and a community with the intention of establishing trade with the Spanish. The Spanish didn’t want to trade.

Instead, the French and Spaniards, headquartered nearby in Los Adaes — it was the capital of Tejas in New Spain — and other frontier outposts, spent long uneasy years facing off across disputed territory. Sometimes they fought. Oftentimes, they traded on the sly.

What was birthed in Natchitoches and its nearby countryside is the oldest continuous town in the expansive Louisiana Purchase, an ancient city that embraces myriad peoples and thrives as a jewel on the Cane River. You could spend a night, a weekend or a month there and not scratch the surface of a cultural jewel and all that resides within it.

We talked with Natchitoches tourism officials about their city and parish and what it offers to visitors. They offered for examples three of many enticements. 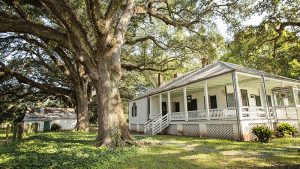 You can’t embrace historic Natchitoches without a journey outside the city but inside the parish limits to Cane River Creole National Historic Park, which includes two unique Creole plantations.

Oakland Plantation and Magnolia Plantation rest 10 and 20 miles, respectively, from the city and both trace their roots to the 18th century and land grants, the former from the Spanish government, the latter from the colonial French.

What makes them unique, and what makes them National Park Service worthy, is that both are largely intact from their origins, with outbuildings that help visitors glean what life might have been like two centuries back.

“When a lot of people think of plantations, they think of the main house,” said Barbara Justice, the park’s chief of interpretation. “But this was a self-sustaining community, a small town, with buildings for everything.”

So what you’ll find at Oakland and Magnolia are outbuildings such as carpenter shops, corncribs and cabins to house first enslaved workers and later sharecroppers.

“So many still stand at Oakland and Magnolia,” Justice said.

Each of the two plantations was owned by a single family, with lines that extended for some two centuries. Oakland Plantation was founded by Jean Pierre Emanuel Prud’homme, who farmed the area from 1785 and received a land grant in 1789. They ruled their land from 1785 to 1997.

Jean Baptiste LeComte I received a land grant on both sides of the Cane River in 1753, but it was his descendant Ambrose LeComte II and his wife Julia Buard LeComte who established the plantation in 1835.

Justice referred to the plantations as “bicentennial farms,” with generations of workers who remained on the land as slaves, sharecroppers and tenant farmers.

Justice said the people in the area are largely Creoles, using the definition that a Creole is someone of any background — French, Spanish, African, Native American — born in Louisiana before 1803. That status, she said, separates them from anyone born in France.

Budget at least 90 minutes to tour each plantation. Check their websites for tour times and special events.

Expect to see work buildings that capture how crops were planted and harvested over the centuries, as well as period furniture. Expect to learn about the history of the plantations through the centuries and how they prospered and evolved through the civil rights era.

Both plantations are accessible by Interstate 49 but Magnolia must be accessed from the south because of erosion that affected Highway 119 on the north. 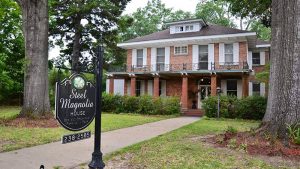 If the movie “Steel Magnolias” still warms you heart this may chill it a degree or two: It’s been 30 years since the movie was made. We’ve all grown older.

Whitehead worked on the film’s location and production teams, but he said this was just a fancy title for doing some jobs no one else would. Among his duties: He chaperoned Ray Stark, legendary film producer, who took on the “Steel Magnolias” project in his mid-70s and said it would be his last movie.

Typically, Whitehead was told, Stark was not allowed to drive when he worked on a movie. He got lost a lot. Through an oversight, though, he was given a car in Natchitoches and routinely got lost in town.

Whitehead drove Stark so he wouldn’t drive himself.

Whitehead said he helped squire around movie executive Alex Stone who selected the city site and local accommodations. That meant he meandered an executive from the Baton Rouge Airport through St. Francisville, which didn’t make the cut for a movie site, through Marksville and Alexandria and to Natchitoches.

He also helped secure the use of two homes in Natchitoches where important movie scenes were shot. Among them was the Taylor home, which was used for the wedding.

That house, now privately owned and used as a bed-and-breakfast, is the Steel Magnolia Home. Rooms rent at about a 45 percent occupancy, reservationist Amber Procell said, and tours of the town and filming sites are offered.

The city will mark 30 years since the filming Nov. 7-10 through its “Blush and Bashful Weekend.”

A full spate of events is scheduled, including an Armadillo Cake Contest, Red Carpet Premiere of the movie, unveiling of the Natchitoches Film trail and an Easter Egg Hunt. 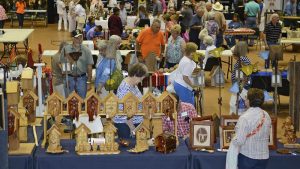 Festival crafts are an important feature at the Folklife Festival. (Courtesy photo)

Can’t wait to visit? The 40th Natchitoches/NSU Folk Festival is scheduled for July 26-27 at Prather Coliseum on the Northwestern State University campus.

Summer festivals are scarce for obvious reasons. You can’t beat the heat, at least not outside. But the Folk Festival is held inside the air-conditioned coliseum, and gives visitors the chance to enjoy Cajun musicians like the Bruce Daigrepont Cajun Band, Goldman Thibodeaux & and the Lawtell Playboys and Jamie Berzas & the Cajun Tradition Band.

There will also be Celtic music, a bluegrass and country jam and a Fiddle Championship, which is scheduled Saturday afternoon.

Shane Rasmussen, festival director, said the festival was established in 1979 by two NSU folklorists and continues as a self-sustaining event. 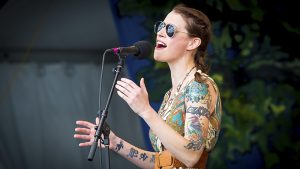 Gal Holiday and the Honky Tonk Revue will play July 27 at the Folklife Festival. (Courtesy photo)

“There is a tremendous diversity of talent in the state,” Rasmussen said. “You never exhaust the talent.”

“We are lucky in this area. We have amazing musicians but every year we bring new acts.”

Other attractions: Cajun food, to include gumbo, jambalaya and more; lots of engagement with the artists; and crafts exhibits.

I’ve visited Natchitoches for 20 years, and find its pleasures inexhaustible. Here are some favorite stops for me and for my family:

Kaffie-Frederick General Mercantile: A general store? Yep. We’ve also bought our gumbo spoons, spare china, a miniature wagon, an outdoor bench and more here. At Christmas, it’s a never-ending source for shopping. The store is located on Historic Front Street, near the river.

Fort St. Jean Baptiste: Part of the state park system, this replica is not far from the site of the original fort, established in 1716. Lots of reenactments, period dress.

The Minor Basilica of the Immaculate Conception. Located downtown, it dates back to 1728 and was consecrated as a cathedral in 1854.

This is the eighth in a series of stories called “One-Tank Trips,” about places families might visit on a tank of gas, enjoying overnight stays on small budgets.