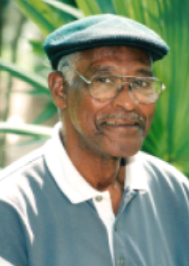 He was born in Evergreen, LA, and later moved to Port Arthur where he lived the remainder of his life.

He was preceded in death by his parents Romus Hayes and Sadie Goudeau-Johnson; and stepfather,
Stanford Johnson; his first wife for over 50 years, Marion Hartman Hayes; his second wife of six years, Lois Castille Hayes; brothers James and Jesse Johnson; and grandson Elton Craig Lofton.

Mr. Hayes was a life-long member and faithful servant of the Thomas Boulevard Church of Christ.

He was a boilermaker at the Gulf Oil Refinery for over thirty-five years until his retirement.

He was also a World War II U.S. Navy veteran.