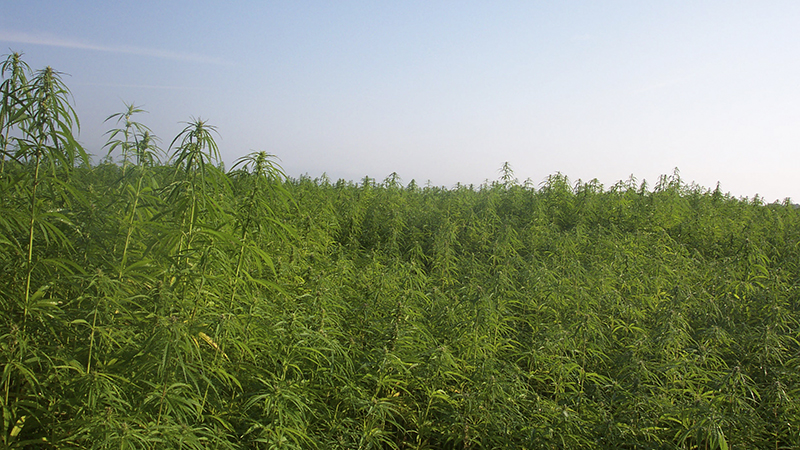 Hemp is grown for industrial purposes in France. (Special to The News)

Prosecutors and law enforcement are working through changes from the legalization of hemp.

And while the new law, which came into effect on June 10, made hemp eligible for growth, production, transportation, sale and consumption, it also changed the legal definition for marijuana, which is still illegal in the State of Texas.

With the change of definition comes requirements for lab testing of the product. The new law states that hemp products can have no more than 0.3% tetrahydrocannabinol, or THC, the active chemical in cannabis.

The Jefferson County District Attorney’s office sent a press release to media on Thursday describing some of the confusion the new law has created.

“At this time, the crime labs in the state of Texas are not equipped to perform the proper testing to allow us to file these cases,” district attorney Bob Wortham said in the press release. “When we acquire the ability to test those cases, we will proceed with prosecution as appropriate.”

In addition, an officer’s authority with respect to probable cause, searches, seizures or any other matter dealing with stops, interactions and investigations remain intact.

“Despite the procedural hurdles it is the intent of the District Attorney’s Office to enforce the laws of the State of Texas,” he said.

The Texas Tribune reported last week that top prosecutors from across the state and political spectrum, from Harris to Tarrant counties, have dismissed hundreds of pending marijuana changes since the law was signed.

This affects Jefferson County as well. Any marijuana cases before June 10 will still be prosecuted but there will be a different standard for cases after June 10 because the product will have to be tested in a lab.

Port Arthur Police Chief Tim Duriso said his department is going to proceed with caution and work with the District Attorney’s Office.

“We are working on it together,” he said. “Slowly working our way through it. If there’s a question we will err on the side of caution. We don’t want to infringe on anybody’s rights.”